Turkey has declared several areas near the border with Iraq to be "temporary security zones" in a sign of increasing activity by the military in its campaign against PKK. 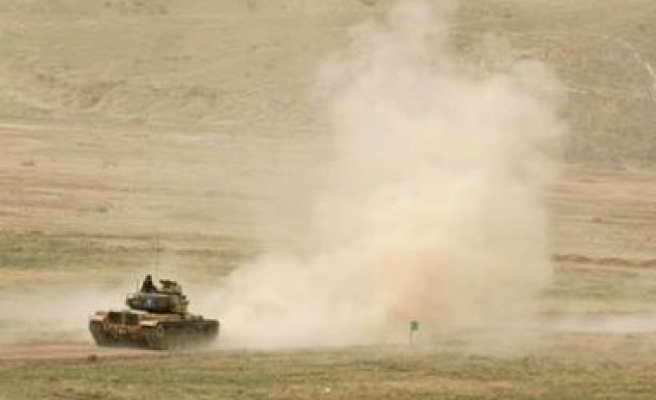 Turkey has declared several areas near the border with Iraq to be "temporary security zones" in a sign of increasing activity by the military in its campaign against PKK.

The military did not clarify what it meant by "temporary security zones," but some Turkish media reports Thursday said the areas would be off-limits to civilian flights. Others said the zones meant that additional security measures would be implemented, and entry into the regions would be restricted and tightly controlled.

In a statement posted on its Web site, the Turkish military released the coordinates of the areas that would be affected and said the zones would be in place until Sept. 9, but gave no other information.

Newspapers said the coordinates relate to areas of the provinces of Sirnak, Siirt and Hakkari. Sirnak and Hakkari border northern Iraq, while Siirt is farther north of the border.

"A parliamentary decision is required, steps would be taken accordingly," Erdogan told Kanal 24 television. "If we are to take a cross-border step, we'll negotiate this with our security forces, and when such a thing is necessary, we'll take it to parliament."

Meanwhile, the death toll in a suicide attack in the capital last month rose to eight — including the bomber — after another seriously injured victim died in a hospital, doctors said Thursday.
Last Mod: 07 Haziran 2007, 19:40
Add Comment