Turkey, EU agree on site for start of Nabucco pipeline 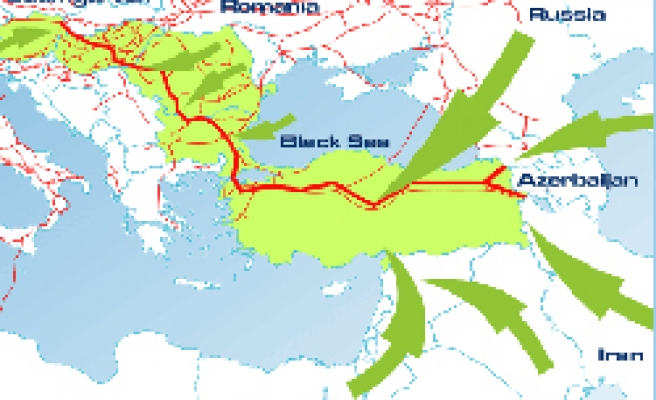 Turkey and the European Union have agreed on a site near Ankara for the start of the Nabucco pipeline, planned to carry natural gas to Europe, a high-level Turkish Energy Ministry official told media on Friday.

The EU will provide financial support for the planned site near Ankara at Ahiboz, the official said.

Gas supplies for the project have thus far only been secured in Azerbaijan. "The European Union's support, including financial support, will help build the physical infrastructure that will turn Ahiboz into an energy hub," said the official.

Apart from the Nabucco project, Turkey has also said it wants to export gas to third countries. The official did not specify how large the EU's financial support would be.

The 4.6 billion euro Nabucco pipeline is expected to carry 21 billion cubic meters of natural gas annually from the Caspian region to European consumers in order to lessen Europe's dependence on Russian gas.

In Almaty, a Turkmen government source told Reuters yesterday that Turkmen leader Kurbanguly Berdymukhamedov will discuss the Nabucco project during his upcoming visit to the Turkish capital.

Turkmenistan, Central Asia's largest gas producer, exports most of its gas through Russia, but the European Union is lobbying for it to use an alternative route. The West particularly wants Turkmenistan, which borders Iran, to join the US-backed Nabucco pipeline project.

A government official who asked not to be named said Berdymukhamedov would discuss the project during his visit to Turkey on March 24-25.

"The transcaspian pipeline or, if you prefer, Nabucco, is on the agenda," the official said. "But within this visit the discussion will probably be limited to an exchange of opinions." The official said Turkmenistan was ready to consider any viable export routes. "We are pragmatic," he said.

Turkmenistan sells all of its exported gas to Russian gas monopoly Gazprom but is considering other options such as Nabucco and a pipeline to China. The EU and the United States are strong supporters of the Nabucco pipeline. The project, however, has been slowed by high costs and uncertainty over sources of supply. Moscow dealt a heavy blow to Nabucco last fall after reaching a deal with Turkmenistan and Kazakhstan for those countries' Caspian Sea gas supplies to flow through Russia, draining the main potential source for the EU-backed pipeline.