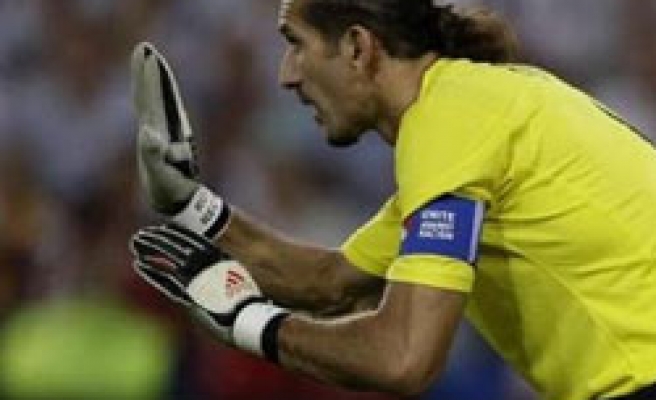 The match in Basel, which the Turks were unlucky to lose, was his 118th final cap.

"I am ending my international career, where I served with pride, glory and honour for 14 years," he told UEFA's official tournament website (www.euro2008.com) on Thursday.

"I would like to thank everybody who has helped me. I am proud of each of my team mates. Everybody in Turkey should get behind them because this team can achieve a lot."

Rustu was second-choice goalkeeper coming into the tournament but Volkan Demirel's two-match ban for a red card in the final group win over the Czechs gave him his chance.

The 35-year-old, who shone in Turkey's run to the 2002 World Cup semi-final, was at fault for Croatia's goal in the 1-1 quarter-final draw but saved a penalty in the shootout to send Turkey through.

He also made a mistake for Germany's second goal on Wednesday when he failed to claim a cross and Miroslav Klose headed in.