'Turkey has to get rid of illegal gangs sooner or later': PM

PM Erdogan said the judiciary should undertake the real duties if there were such claims, facts and incidents when talking about the "Ergenekon" investigation. 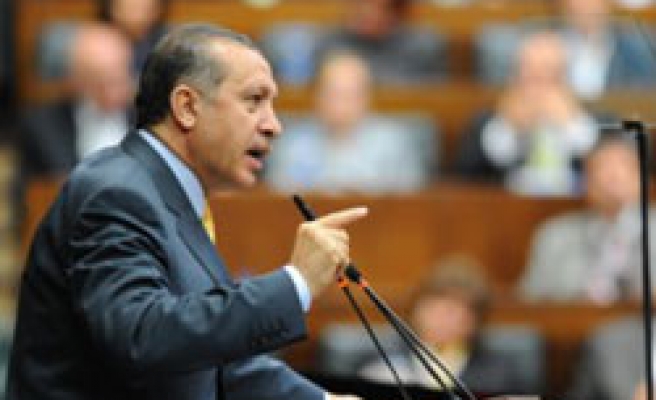 Turkey's prime minister expressed thought on Tuesday that Turkey had to get rid of illegal formations.

Turkish Premier Recep Tayyip Erdogan said that Turkey, sooner or later, had to get rid of improper habits, illegitimate searches, and illegal formations coming from the cold war era.

"Why are those --who were asking when Turkey would stage a similar operation in days in which Italy launched operation 'clean hands'--feeling uneasy when our country is taking the same steps?" Erdogan said during a parliament meeting of his Justice & Development (AK) Party.

Erdogan said that the judiciary should undertake the real duties if there were such claims, facts and incidents when talking about the "Ergenekon" investigation.

An alleged criminal network that came to be known as "Ergenekon" was revealed after police seized hand grenades, TNT explosives and fuses in a shanty house in Istanbul on June 12th, 2007 and Istanbul Chief Prosecutor's Office launched an investigation into weapons. Several Turkish figures, including two senior retired generals, were detained and sent to prison within the scope of the investigation. The indictment of the lawsuit is expected to be concluded soon.

Turkish government, opposition and media should preserve all institutions and should not make them a matter of unjust and baseless discussions during the process, the premier said.

Erdogan pledged not to overshadow Turkey's democratic politics, to protect rights of the nation and maintain the values of the Republic.