Turkey, Iran may sign energy deal in a month

Asked whether the deal was cancelled due to U.S. pressure on Turkey, Energy Minister said that Turkey was an independent country. 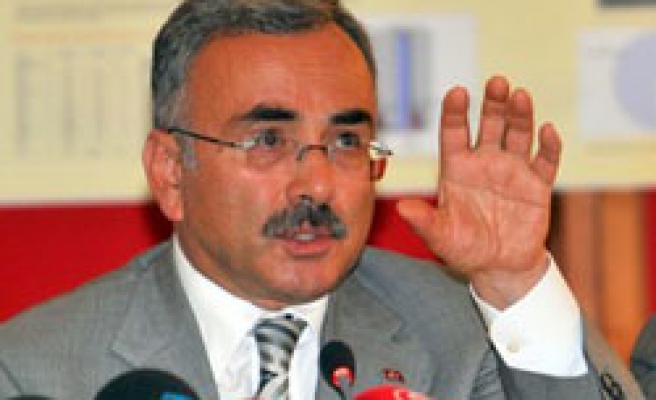 Turkish and Iranian officials are working on technical details to finalize an energy deal between the two countries in a month, Turkish energy minister said on Monday.

Turkey will hold major talks with Iran on energy sector cooperation in the next month and hopes that their negotiations will yield fruit within that period, Energy Minister Hilmi Guler said on Monday.

"We will hold important talks with Iran within one month. We hope that the work which we launched before will produce a result during this period," Guler said.

"Technical delegations are working on it. I will probably go to Iran in 15 days together with Foreign Minister Ali Babacan. We will continue to work to finalize it in a month," Hilmi Guler told reporters when asked why Turkey and Iran did not sign the deal at Iran's President Mahmoud Ahmadinejad's visit to Istanbul last week, which was announced earlier by Iranian officials.

Asked whether the deal was cancelled due to U.S. pressure on Turkey, Guler said Turkey was an independent country.

"Turkey's interests are in question here. We look after our benefits. We have to make our investments considering Turkey's supply security," he said.

Ahead of his departure from Turkey on Friday, Ahmadinejad had said he hoped the two neighbours would soon sign energy accords. Washington, which is trying to pressure Tehran to give up its nuclear programme, opposes such agreements.

Turkish sources have attributed the failure to sign the accords to new demands from Iran on pricing and investment conditions. Neither side has given an official reason for the delay.