Turkey, Syria and Iraq have decided to bury the hatchet over water issues and cooperate by establishing a water institute that will consist of 18 water experts. 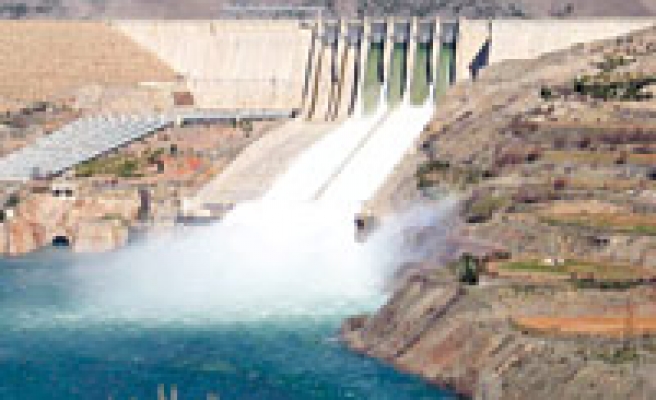 Turkey, Syria and Iraq have decided to bury the hatchet over water issues and cooperate by establishing a water institute that will consist of 18 water experts from each country to work toward the solution of water-related problems among the three.

This institute will conduct its studies at the facilities of Turkey's Atatürk Dam, the biggest in the country, and plans to develop projects for the fair and effective use of trans-border water resources. This rapprochement among the three countries has led to acceleration of the construction of the Ilısu and Asi dams. Until several years ago, international strategists would argue that a war over water resources would inevitably erupt in the Middle East. But the recent agreement among Turkey, Syria and Iraq seems to discredit this thesis. Turkey had hinted at changing its water policy during the World Water Congress, held in Antalya in March 2007. Turkey adopted a fair share model for the surface waters that leave its borders and suggested that the problems it had with Syria, Iraq, Iran, Bulgaria, Georgia and Greece over water management should be solved through bilateral talks. Turkey had made clear at the time that it did not want third parties to get involved in the settlement of water issues.

Turkey's wish to negotiate such issues alone stemmed from its observation that whenever it had talks with Syria, France, too, became involved the talks and that whenever it negotiated with Iraq, the UK and the US also jumped into the discussions.

So Turkey proposed that the three countries handle the matter through bilateral talks, which Syria was the first to accept, partially attributable to the warm relations with Syria that started after Turkish Prime Minister Recep Tayyip Erdoğan's first visit to the country. Several talks have been held between Syria and Turkey, during which the two countries have decided to jointly construct a dam on the Asi River, which originates in Syria and flows to the Mediterranean Sea from Turkey's Hatay province.

Turkey's diplomatic initiative for settlement of the water issue provided beneficial as well with respect to Iraq. In the past, Iraq had frequently filed official complaints with the United Nations about Turkey's construction of dams on the Tigris and Euphrates rivers, arguing that Turkey had failed to release sufficient water from its dams. On Jan. 3, 2008 Syrian Deputy Prime Minister Abdullah Dardari paid an official visit to Turkey during which he expressed Damascus' eagerness to have more of a share of water from the Euphrates River. Turkish officials, in response, told him that Turkey would release more water if there is sufficient water in its dams. Moreover, Turkish Environment Minister Veysel Eroğlu met with Dardari in Syria on Jan. 10, and these mutual visits culminated in a deal between two countries over joint work to solve water issues.

Turkey held similar talks with Iraq. Previously, owing to the crisis in Iraq, Turkish and Iraqi water experts could not meet regularly. However, the first official visit paid by Iraqi President Jalal Talabani to Ankara on March 8 served to open a new era in this respect. Iraqi Minister of Water Resources Abdul-Latif Jamal Rasheed was in the Iraqi delegation and met with Eroğlu to tell him that Baghdad had accepted Turkey's offer to establish a water institute at Atatürk Dam. As a gesture from Iraq, Rasheed also declared that Iraq would like the Ilısu Dam to be built as soon as possible. In the past, Iraq raised objections to the construction of this dam, arguing that because of it Iraq would receive less water.

Institute to become operational in April

Turkey, Syria and Iraq will send public officials and university professors who are experts in water issues to the institute, and the experts are expected to start arriving later this month.

These experts will work toward developing cooperation among countries and exchanging developments in water technology. Given its repository of know-how and knowledge in water issues, Turkey is expected to provide information and technology to other countries for the renovation of irrigation and potable water systems. The institute will map water resources in the region and draw a report on measures that the respective countries must take for effective management of these resources. The costs of the institute's work will be covered by Turkey, and its report will be published on April 15.

Meanwhile, the construction of the planned dam on the Asi River is expected to start soon. Turkey will also lend support to Iraq in its dam construction efforts, particularly those related to the Mosul dam. The tripartite cooperation will not be restricted to water issues as the three countries will also work together in the areas of environment, forestry and meteorology. As the winter precipitation in its eastern region is higher than expected, Turkey will be able to release more water to Iraq and Syria this year, experts say. The cooperation between three countries will be presented as case study at the 5th World Water Forum to be held in İstanbul in 2009.

Eroğlu: Expect no war over water