Trade volume between Turkey and Iraq will probably exceed 10 billion U.S. dollars as of next year, Ercument Aksoy, chairman of Turkish-Iraqi Business Council, said on Sunday. 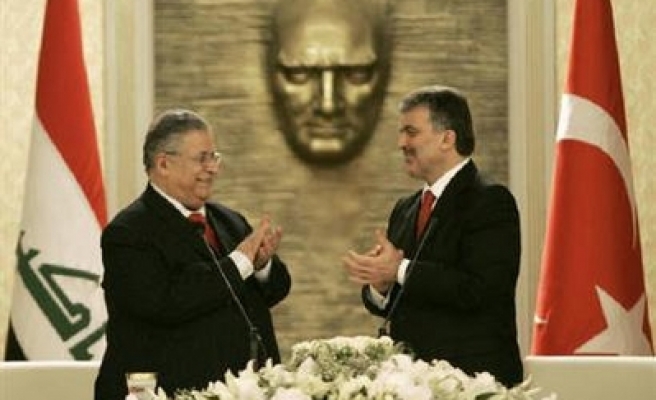 In an interview with A.A correspondent, Aksoy said commercial relations between Turkey and Iraq would revive as of next year.

"Trade volume with Iraq will exceed 10 billion U.S. dollars as of 2009, because important tenders will be held," he stated.

Aksoy quoted Iraqi President Jalal Talabani as saying that "a new page" opened in the relations between the two countries and they would extend assistance to Turkish businessmen.