Turkey, besides Egypt, Israel, Morocco and Tunisia, takes place within the scope of Campania region project. 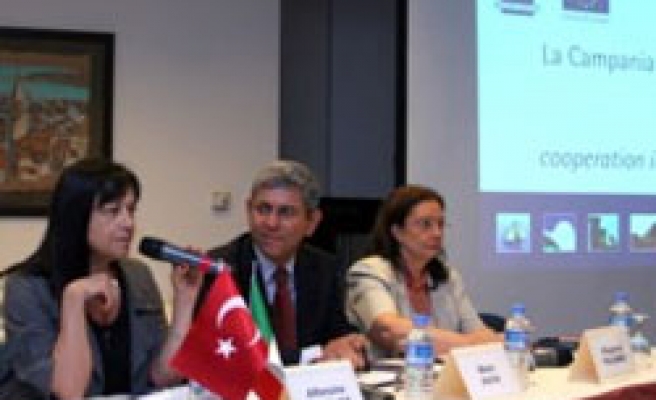 De Felice said that currently many Campania companies were making cooperation with Turkey.

Metin Kaya, an executive of Italian Chamber of Commerce in Turkey, said that total trade volume between Turkey and Italy was 17.5 billion USD in 2007, adding that Italy was the third biggest commercial partner of Turkey.

Campania region is pursuing a project on institutional cooperation in Mediterranean. Turkey, besides Egypt, Israel, Morocco and Tunisia, takes place within the scope of this project.