Turkey, Kuwait to be strategic partners in construction projects

Turkey and Kuwait are set to become strategic partners after a deal aiming to collaborate in construction projects, a move to draw foreign capital to Turkey. 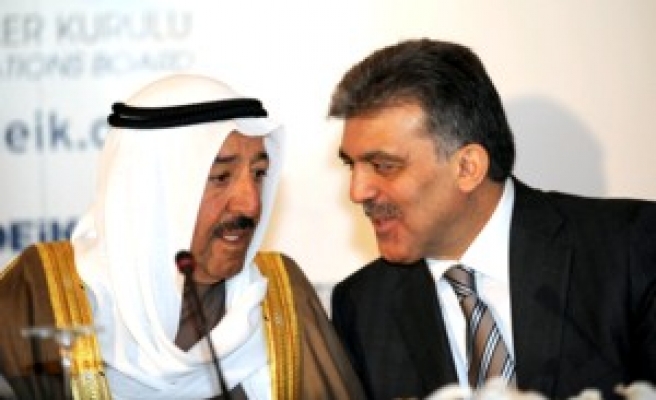 Turkish and Kuwaiti officials signed a Memorandum of Understanding (MoU) on Wednesday to work together on mass housing and residential estate projects.

The MoU is expected to be implemented in a year and it will be a platform to draw Gulf capital to Turkey, TOKI officials said.

Within the scope of strategic partnership between the two countries, Kuwait is expected to finance a mass housing project in Istanbul firstly. The project aims to build 66,000 residential estates at Kayabasi district.

"Kuwait will start investments in Turkey with a project that would not worth less than 1 billion USD," TOKI officials said.

TOKI and KIA will also sign another agreement on cooperation that would also cover several investment opportunities and arrangements on profit sharing.

KIA is the second largest investment authority after Abu Dhabi Investment Authority and it manages 700 billion USD of funds all around the world, TOKI officials said.

TOKI plans to build half a million residential estates until 2012.