Turkey-led initiative grows to be key platform on Iraq

FM Babacan will represent Turkey, launched the platform, Iraq's neighbors and major powers will today meet for the third time in Kuwait. 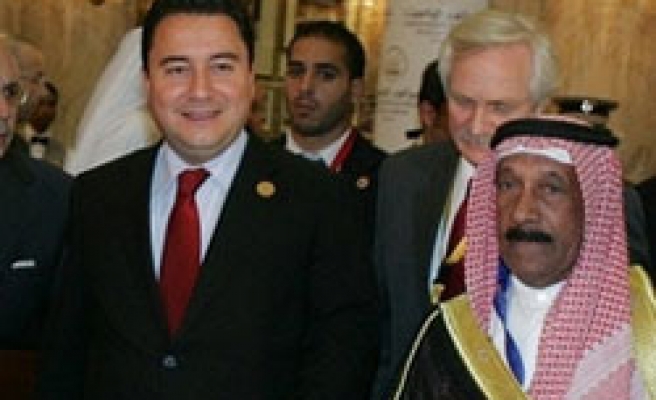 Conditions were extremely different back in January 2003, when Turkey launched the neighboring countries process, an initiative which brings together Iraq and its neighbors for ministerial consultations, in a bid to focus efforts on preventing a war in neighboring Iraq, but few realized that the initiative would grow into the international platform it is today.

The initiative, launched during the 58th government of Turkey, led by then-Foreign Minister Abdullah Gül, came prior to the US-led invasion of Iraq. In the meantime, the process has evolved into the Expanded Neighboring Countries of Iraq Foreign Ministers Meeting.

The process is now consisting of the neighbors of Iraq, permanent members of the UN Security Council and G-8 countries, as well as the United Nations, the Organization of the Islamic Conference (OIC), the Arab League and the European Commission.

Following the two expanded gatherings, the first in May 2007 in Egypt's Sharm el-Sheikh and the second in İstanbul, Iraq's neighbors and major powers will today meet for the third time in Kuwait. Foreign Minister Ali Babacan will represent Turkey at the meeting, which will be attended by US Secretary of State Condoleezza Rice and Iraqi Prime Minister Nouri al-Maliki.

Protection of Iraq's territorial integrity and national unity has always been a key point in Turkey's policy. The neighboring countries process has gained support from regional actors over time as the turmoil in Iraq has fueled their concerns over the consequences of a possible disintegration of the country. During his foreign ministry in the 59th government, led by Prime Minister Recep Tayyip Erdoğan, Gül worked hard to inject new blood into the process, with Ankara constantly urging the UN to be more active on the Iraq issue. During a visit to Washington early last year, he shared this stance with his then-counterpart, Rice.

Rice attended the first expanded meeting in Sharm el-Sheikh, where the international media's interest was focused on the fact that it was also the first time that top officials from the United States and its foes Iran and Syria were in the same room to seek ways to stabilize Iraq. At the time, Rice had talks with Syrian Foreign Minister Walid al-Moualem in the highest-level contact with Syria in more than two years. Turkey has favored the United States' inclusion in the neighboring countries process, Şaban Dişli, a leading deputy of the ruling Justice and Development Party (AK Party), told Today's Zaman.

"At first, the United States was not included in the initiative. Turkey is the one who proposed Washington's inclusion, and this was welcomed by other members of the initiative as well. Now it feels so natural that it almost seems like a US-led initiative because the US is still in Iraq and controlling the country," Dişli, who has long acted as the AK Party's deputy leader for foreign affairs, said, also denying certain comments that the US has been imposing its own agenda on the neighbors' platform. Husni Mahalli, a Syrian journalist based in Turkey and an expert on Middle East affairs, said he believes the neighbors' platform particularly following the US-led invasion of Iraq has been quite helpful in minimizing the damage from the quagmire in the country.

"If Turkey didn't have a healthy dialogue with both Iran and Syria, the other two big neighbors of Iraq, then today's Iraq would be in a worse situation. In particular, the two things which would be worse are related to the dispute between Sunnis and Shiites and the structure of the Kurdish region in the north. The dispute on the legal status of Kirkuk is another issue for which the platform has been useful," Mahalli told Today's Zaman.

"The meeting in İstanbul has been the best response to those who at the time found Turkey's initiative naïve. The Kurdistan Workers' Party [PKK] issue has been handled very successfully, too. Today, nothing can be done in Iraq without having Turkey's support; this was personally admitted by Rice. Of course, it is unfortunately not possible with only one initiative to resolve the issues, and the US policies are determining factors in the long run. Some Arab countries like Egypt and Jordan have attempted to portray themselves as spokespersons for the United States, but coordination among other countries didn't allow this to happen," Mahalli stated.

Turkish warplanes and artillery have periodically bombed and shelled positions of the outlawed PKK in northern Iraq since mid-December, assisted by intelligence provided by the US. In late February the Turkish military withdrew troops from northern Iraq following an eight-day ground offensive against the PKK.

Nihat Ali Özcan, a political analyst and a lecturer at Turkish Union of Chambers and Commodity Exchanges (TOBB) University, also said Turkey has definitely made progress in its fight against the PKK and in explaining its case to Iraq and its neighbors.

"Right from the beginning, establishing such a platform was good foresight. But one has to admit the fact that both the political environment in the region and the dominance of actors in the region have changed over time. And also over time, every actor wanted to use this platform as a place to voice its own concerns. The United States believes that the platform is useful for voicing its own concerns about Iraq; however, on the other side, the Shiite-Sunni issue turns the platform into a venue of regional competition. It is debatable to what extent Turkey can defend its thesis concerning Iraq in such a tense environment," Özcan noted, speaking with Today's Zaman.

"The United States is at the moment in a presidential election process, and it has achieved relative success in Iraq. It would not like to have or deal with major problems in Iraq at this time; that's why it chose to postpone the work on resolution of major issues such as the legal status of Kirkuk. When the actors become clear after the elections, then the major issues will begin to be tackled. But the main competition is between the United States and Iran -- that is also the issue on which we should keep focusing. The decisions made in Kuwait will be determining factors in this regard," Özcan said. Iraqi Kurds, who control the northern region in Iraq, see Kirkuk as their ancient capital. Arabs who were encouraged to move there under Saddam Hussein want it to stay under Baghdad.

A referendum had been scheduled for the end of 2007 to decide Kirkuk's status but was delayed for six months, partly to give the United Nations time to come up with proposals for settling the issue. Analysts say a vote on Kirkuk, which sits on one of the world's largest oil fields, could trigger a bloodbath.

Ankara fears Iraq's Kurds will take control of Kirkuk and turn it into the capital of a new state, possibly reigniting separatism among its own sizable Kurdish population.