The changes made to the controversial article 301 would please particularly writers and cartoonists, Justice Minister Mehmet Ali Sahin said on Tuesday. 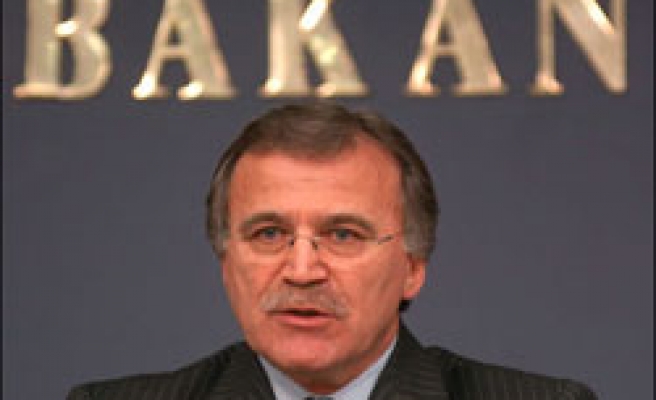 However, Sahin said that there was no question of there being unlimited freedom to criticize.

"No one should think that after the new regulation everything will be free," Sahin said, Turkish NTV reported.

Article 301 of the Turkish Penal Code has been widely criticized for limiting freedom of expression and the European Union called Ankara to abolish the article.

The article defines the crime of insulting "Turkishness" or Turkish identity, as well as some of the state's institutions.

Nobel prize winner Orhan Pamuk was tried under the article and Turkish-Armenian journalist Hrnat Dink, who was murdered in January last year, was found guilty under the same article.

With the proposed amendment to the law placing the authority of whether to open a court case based on the article with his ministry, Sahin said this would add to the workload of his office.

However, Sahin said that his ministry was very experienced in this matter and that it would act like a filter.

The reducing of the maximum sentence under article 301 from three years in prison to two was at the discretion of the presiding judge, he said, while sentences could be dropped or that fines could be implemented, said Sahin.

He also expressed thought on Tuesday that an amendment to Article 301 of the Turkish Penal Code (TCK) might be adopted in the following week, the Anatolian Agency reported.