The ruling AK Party may call for early local and general elections this fall and take the package to a referendum. 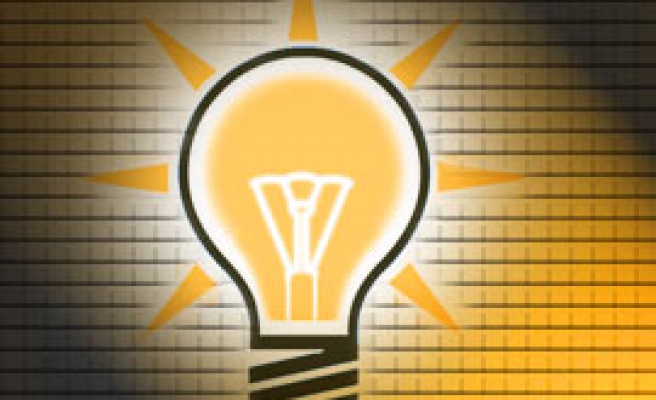 The governing Justice and Development Party (AK Party), which is planning to introduce a constitutional reform package to counter a state prosecutor's attempt to disband it, may call for early local and general elections this fall and take the package to a referendum.

Though Prime Minister Recep Tayyip Erdoğan rules out prospects of moving both the local and general elections to an earlier date to defuse political deadlock persisting in the country, sources close to the party administration say the ruling party may mull early elections contingent on the outcome of a lawsuit filed to shut it down. "If Parliament cannot find a way out of this political crisis, early elections will become inevitable," AK Party parliamentary group deputy chairman Nihat Ergün told Today's Zaman.

The AK Party plans to amend two articles of the Constitution that regulate the laws on political party closures and to seek the support of political parties represented in Parliament for these amendments. But, it has serious doubts that the amendments will find the quorum necessary to pass through Parliament. In other words, there is little chance that it will be able to avoid closure. As a last chance, it is considering to call snap polls in the autumn in which the Turkish nation will face six ballot boxes: one for general elections, one for a referendum on the planned constitutional amendments and four for local elections in which mayors, city council members, provincial council members and mukhtars, or neighborhood heads, will separately be elected.

A closure case was filed last month against the AK Party, which garnered 47 percent of the nationwide vote in last year's general elections, by the chief prosecutor of the Supreme Court of Appeals on the grounds that it has become a focal point of "anti-secular activities," a charge strongly denied by the party. The prosecutor also seeks to ban 70 of its high-level officials from engaging in politics for five years, including Prime Minister Erdoğan, in addition to also banning President Abdullah Gül (a former AK Party member).

MHP leader Devlet Bahçeli said during his party's parliamentary group gathering on Tuesday that his party is ready for an early election if the AK Party dares hold one.

"This is the work of the AK Party, which has recently lost its direction, showing signs of weakness in administration," he noted.

Main opposition parties the CHP and the Democratic Left Party (DSP) believe that the governing party will not receive as much support in early elections as it did on the July 22 polls.

"If the ruling party believes it will garner the same amount of votes in early elections as it did in last year's general elections, let us head for the ballot boxes," he remarked.

Democratic Society Party (DTP) Şırnak deputy Hasip Kaplan, on the other hand, claimed early elections would bring with them a great victory for the AK Party.

"Public surveys reveal that the AK Party is supported by a considerable majority of the society. I do not believe early elections will change the existing political panorama in Turkey. If the AK Party decides to hold early elections, several political parties -- including the CHP -- will not be able to pass the threshold [necessary to enter Parliament]," he said.