Turkey's military chief asked the government on Wednesday to set political guidelines for an incursion into northern Iraq to fight PKK targeting Turkey. 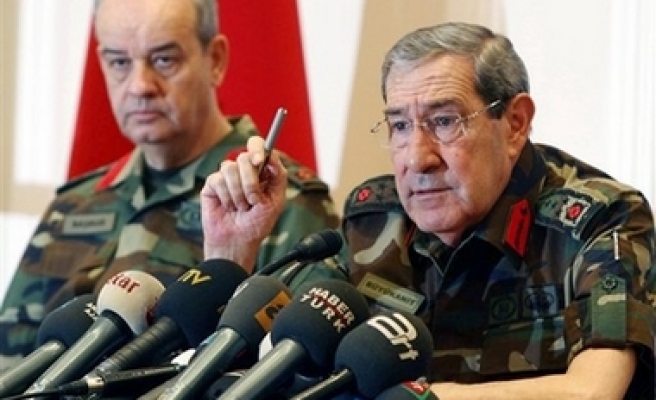 Turkey's military chief asked the government on Wednesday to set political guidelines for an incursion into northern Iraq to fight PKK targeting Turkey.

"Will we go to northern Iraq just to fight PKK rebels, or, for example, what will we do if we come under attack from local Iraqi Kurdish groups?" Gen. Yasar Buyukanit said at a televised news conference. "There is a need to know political targets in this struggle, then the military would determine what kind of force it needs to do it and seek formal approval."

Buyukanit had asked the government in April to approve a cross-border incursion into northern Iraq, increasing pressure on the United States and Iraq to crack down on PKK there.

However, the government said priority should be given to fighting PKK who are already inside Turkey.

"In April, I had said that a cross-border offensive would be beneficial, today I think the same thing," Buyukanit said, confirming that "some planning was under way."

The government is likely to consider military action only as a last resort: Asking parliament to approve an incursion would strain ties with Washington and Iraq, who oppose such unilateral Turkish action.

PKK have escalated attacks on the military this year, killing 64 soldiers so far — a 65 percent increase compared to last year, Land Forces Commander Gen. Ilker Basbug told the conference in the southern city of Isparta.

He put the number of killed or captured PKK at 220 in the same period.

Basbug said between 1,800 and 1,900 rebels were concentrated just inside Turkey mainly in the provinces of Sirnak and Siirt. He estimated the total PKK strength between 5,100 and 5,650.