Erdogan is in to Damascus to discuss the possible resumption of peace talks between Israel and Syria. 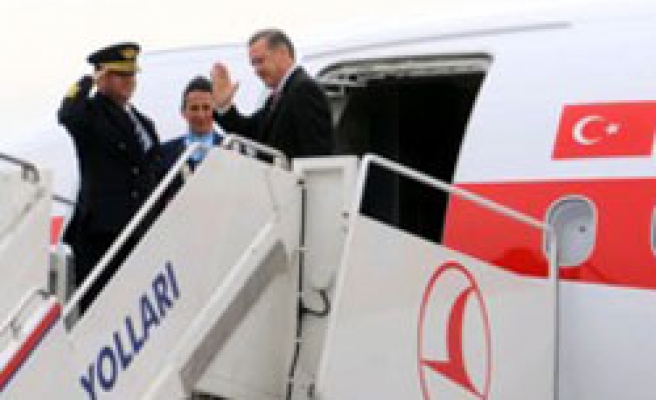 Recep Tayyip Erdogan, Turkey's prime minister, is in to Damascus to discuss the possible resumption of peace talks between Israel and Syria.

Before his departure from Ankara on Saturday, Erdogan said that improving ties with regional countries had allowed Turkey to step up efforts to facilitate peace in the Middle East.

"The atmosphere of trust makes it necessary for Turkey to act as a mediator," he said Ankara's Esenboga airport.

Turkey is said to have secured assurances that Israel is willing to return the Golan Heights to Syria which it has occupied for more than 40 years.

Israel seized the strategically important plateau from Syria in the 1967 Middle East War, and annexed it in 1981.

Opponents warn a deal with Israel could increase tensions between Syria and Iran.

MEDIATION ROLE SINCE CAME TO POWER

Marwan Bishara, Al Jazeera's senior political analyst, said that Turkey has been playing a mediation role since the AK party came to power four years ago.

"I think some in Washington and Tel Aviv are interested in such a Turkish role, and certainly Syria is pleased that its northern neighbour - the one that it had animosity with for many, many decades - is now friendly ... and would like to mediate a possible agreement," he said.

The indirect contact comes despite recent tensions, in part stemming from an Israeli air raid last September on a Syrian military facility.

Thursday's closed-door hearings of the US House Intelligence Committee regarding the bombed site were closely followed by senior officials in Israel, the country's Haaretz daily said on Saturday.

Senior Israeli defence sources cautioned that the Syrians may now reconsider and decide to retaliate against Israel in some way.

Defence sources said that there was still risk of an escalation in the area and warned that Israel must be cautious and avoid embarrassing al-Assad unnecessarily, Haaretz said.

Earlier this week, Buthaina Shaaban, Syria's minister for expatriate affairs, had confirmed that the Israeli talks offer was put forward through Erdogan.

"The Turkish prime minister has conveyed to Syrian president Bashar al-Assad that Ehud Olmert is ready for peace with Syria on the basis of international resolutions and the return of the whole Golan Heights to Syria," Shaaban told Al Jazeera on Wednesday.

Mike Hanna, Al Jazeera's correspondent in Jerusalem, said that it had been common knowledge that third-party contacts had been under way for the last few months.

"The fact that Turkey is making [the contacts] public is perhaps representative of Syrian wishes. Syria has made increasingly clear in recent days that it wants any such negotiations to be conducted in public."

Peace negotiations between Syria and Israel collapsed in 2000 over disagreement of the extent Israel would pull out of the Golan Heights.

International attempts to persuade the two countries to resume talks faltered after the two sides attached conditions to a return to the negotiating table.

Syria has demanded Israel commit to a full withdrawal from the Golan Heights.

Israel says it wants to keep a small strip of land along the Sea of Galilee to maintain control of the water supplies. It also wants Syria to end support for Lebanon's Hezbollah and the Palestinian group Hamas.

"Syria insists on the principle that Israel must return all territory occupied by force and that the question of water would then be settled by other means," Al Jazeera's Marwan Bishara said.

Al-Assad had acknowledged last Sunday that talks through a third party were under way, telling a closed meeting of the ruling Baath party that an Israeli commitment to withdraw fully from the Golan had to be a basis for talks.

However, Israel would face difficulties convincing the public to accept any deal with Syria.

A recent opinion poll published in the Yediot Aharonot newspaper said that more than two-thirds of Israelis opposed a complete withdrawal from the Golan Heights and 51 per cent rejected a partial withdrawal.

The survey also reported that 74 per cent of Israelis "did not believe Assad was serious" about a peace deal.