PM Erdogan said on Wednesday his country would settle for nothing less than full membership of the European Union. 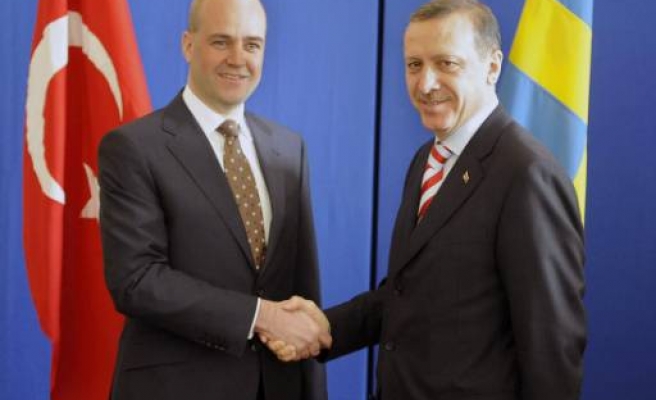 Turkey's prime minister said on Wednesday his country would settle for nothing less than full membership of the European Union, repeating his opposition to suggestions that it accept a partnership offer with the bloc.

"Turkey cannot accept any alternative which is going to rule out full membership of the EU," Prime Minister Tayyip Erdogan said, addressing the Swedish Institute of International Affairs.

Erdogan, in Sweden for an official visit, also said he could not comment on a legal case that has crystalized a decades-long debate over the role of Islam in the Turkish state.

The case has become a lightning rod for opponents of Turkey's bid to join the EU, who say the country is not committed enough to democracy to join the 27-nation bloc.

Turkey's top court this week said it would hear a case brought by a chief prosecutor against the ruling AK Party for allegedly aiming to establish an Islamic state.

"This is an ongoing legal procedure and therefore it would not be right for me to make any comments," Erdogan said. "Our goal is to maintain democratic and political stability."

Turkey has been negotiating to join the EU since 2005 and the Constitutional Court's decision could further delay the process.