Turkish authorities quarantined a village in northwestern Turkey and began culling poultry after test results showed that chicken deaths there had been caused by bird flu, state run Anatolian said on Saturday. 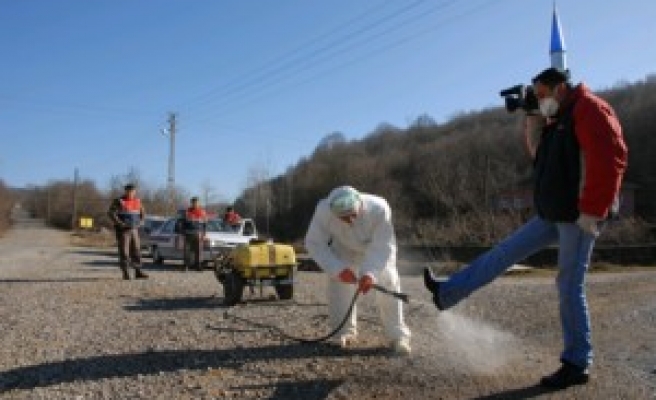 The report did not specify the strain of the bird flu virus.

Private broadcaster CNNTurk said close to 1,000 chickens had been culled in the province of Edirne, 215 kms (134 miles) from Turkey's largest city Istanbul.

Three villages were quarantined and nearly 2,000 birds culled last month after tests proved the presence of bird flu in another province in northwestern Turkey.

Turkey lies on the migratory route for wild birds flying south from Scandinavia and Siberia to north Africa for winter.

Four people died from bird flu in eastern Turkey in 2006 after they came into contact with sick birds. Although bird flu remains an animal disease, experts fear the virus could mutate into a form easily passed from human to human and kill millions.