Iranian FM Mottaki said on Sunday these contracts set a target of approximately $10 billion for economic exchanges between Iran and Turkey, which has now been achieved. 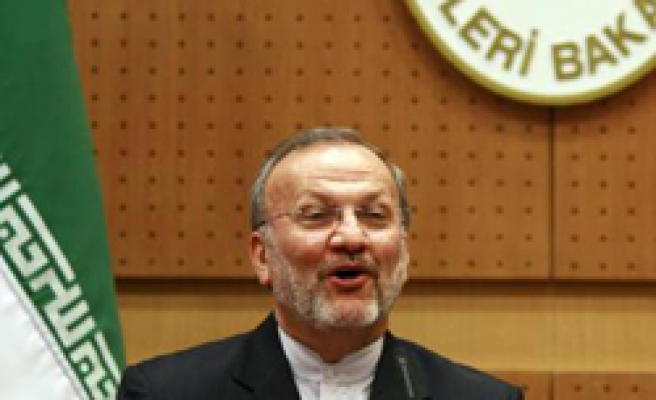 Iranian Foreign Minister Manuchehr Mottaki said on Sunday that during his recent trip to Turkey, bilateral economic relations and contracts currently being implemented were discussed.

These contracts set a target of approximately $10 billion for economic exchanges between Iran and Turkey, which has now been achieved, the Persian service of PIN quoted Mottaki as saying.

"Turkey has said it is interested in investing up to $10 billion in Iran, $4 billion of which would be invested in electricity (generation) and $6 billion in prospecting for gas and the Iran-Europe gas pipeline," he added.

Appraising the prospects for Iran-Turkey economic relations as positive, he stated that a Turkish company "intends to buy the Razi Petrochemical Complex through the (Tehran) stock exchange, which shows foreign companies' readiness to enter Iran's capital market."

Mottaki said these activities are in line with the efforts to attract foreign investment and implement Article 44 of the Constitution, which allows foreign companies to invest in Iran.

Last year, then Iranian energy minister Kazem Vaziri-Hamaneh and his Turkish counterpart Mehmet Hilmi Guler signed an agreement according to which Iranian gas would be transferred through Turkey to Europe and Turkey would invest in Iran's South Pars gas field project.