Turkey is ready to take part in a planned Mediterranean Union after winning assurances that it is not meant as a substitute for Ankara's eventual membership of the European Union, Turkish officials said on Tuesday. 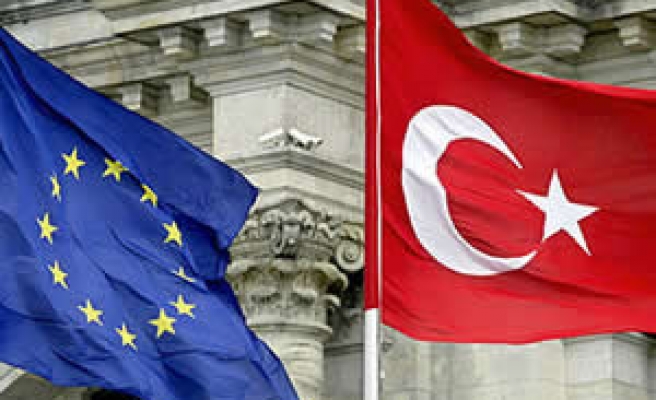 The Mediterranean Union is a pet project of French President Nicolas Sarkozy, a strong opponent of Turkey's EU bid, but he has had to water down the original plan under pressure from Germany and other member states that felt it was too divisive.

Sarkozy and German Chancellor Angela Merkel said on Monday they had reached a compromise on the proposal, but gave few details.

"We have no problem with the Mediterranean Union. After all, Turkey is the country with the longest Mediterranean coastline. so we will of course look warmly on new projects, cooperation and solidarity in the region," one Turkish diplomat said.

"They (the French) have given us a guarantee that the Mediterranean Union is not an alternative to Turkey's EU project, they say that idea has now been abandoned. They are sincere in this," the diplomat told Reuters.

Ankara initially saw Sarkozy's proposal as an attempt to persuade Turkey to drop its bid to become a fully fledged EU member state. Turkey began EU entry talks in 2005, and it is not seen joining the wealthy bloc before 2015 at the earliest.

Berlin also opposed the original Sarkozy plan because it envisaged a grouping of Mediterranean rim states, including France's former North African colonies, drawing on EU funds while sidelining non-Mediterranean countries such as Germany.

At a news conference in the German city of Hanover on Monday, Merkel said the Mediterranean Union would be a project involving all EU member states. She and Sarkozy agreed to present details to partners at a coming EU summit.

Turkish officials say they do not expect swift progress on it but say France should try to organise preparatory meetings and give more detailed plans before Paris takes over the EU's rotating presidency in July.

Sarkozy is expected to launch the Union at a Paris summit on July 13-14 involving all 27 EU member states and Mediterranean rim countries including Turkey.