During the ministerial conference, Babacan will have bilateral talks with the participants, particularly on Turkey's candidacy for a non-permanent seat at the United Nations (UN) Security Council. 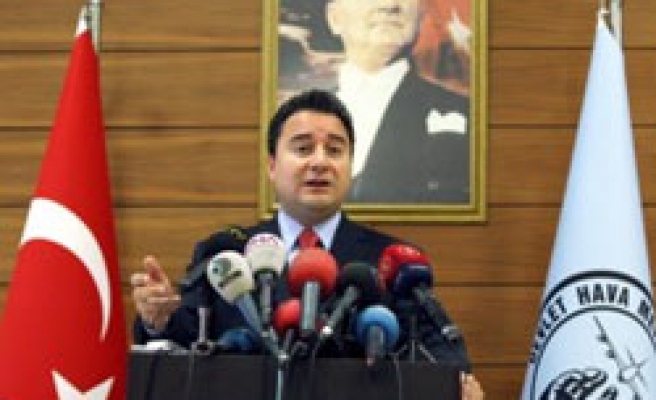 During his two-day stay in Tehran, Babacan will attend the 15th Ministerial Conference of the Non-Aligned Movement.

He defined the process launched regarding Iran's nuclear program as an important opportunity, and said Turkey believed that the problem should be solved through dialogue.

"What is important is that parties should understand each other clearly," he told reporters before he left for the Iranian capital of Tehran.

Babacan had talks with Said Jalili, the secretary general of Iran's National High Security Council and nuclear chief negotiator; Javier Solana, the European Union (EU) high representative for the common foreign and security policy; and foreign ministers of six countries that had prepared a package of proposals after a meeting that took place in Geneva, Switzerland regarding the controversy.

"I had the opportunity to learn the views and approach of both Iran and the group of the six countries," he told reporters.

Babacan said that he would share Turkey's views with his interlocutors during his visit to Tehran.

During the ministerial conference, Babacan will have bilateral talks with the participants, particularly on Turkey's candidacy for a non-permanent seat at the United Nations (UN) Security Council.

The movement re-defined itself and revived in parallel with radical changes in the world after 1990s when the East Bloc dissolved and cold war ended. It is today interested in combating some development problems, ensuring multi-lateralism, increasing trade volume among member states and solving some regional disputes.

Turkey is not a member of the movement, but was invited for the first time to the conference in Havana, Cuba in 2006 as a guest country. Turkey will also be the guest country in this year's conference.

On recent problem between Turkey and Serbia regarding ambassadors, Babacan said that he had a phone talk with his Serbian counterpart a week ago and got the impression that problems would be solved.

Babacan also said that Turkey was willing to boost its political, economic and cultural relations with Serbia, and expressed thought that the new Serbian government was also eager to enhance its relations with Turkey.