Turkey resolute to become a member of EU

"Turkey has become a haven of prosperity and stability in a challenging geography where uncertainties and clashes prevail," Turkish PM Recep Tayyip Erdogan said on Tuesday. 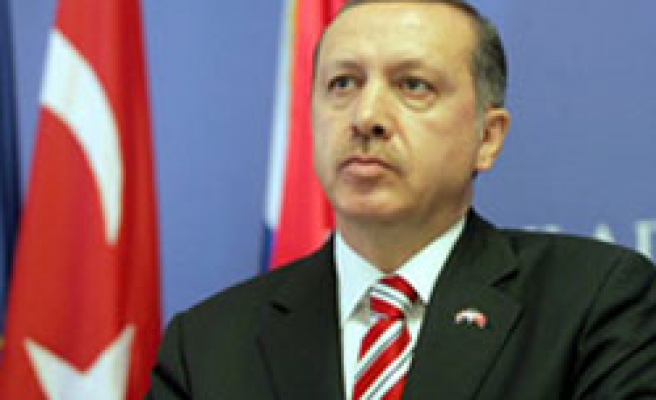 "Turkey has become a haven of prosperity and stability in a challenging geography where uncertainties and clashes prevail," Turkish PM Recep Tayyip Erdogan said on Tuesday.

"Turkey has become an on-line state in an off-line region," Erdogan commented in his speech at the 2007 World Congress of International Press Institute (IPI), in Istanbul.

"Today Turkey is a country playing a leading role in its vicinity, and it is at least two-times richer when compared with four years ago," Erdogan stressed.

He noted that Turkey recorded a growth of 7.3 percent in average for a couple of times. "Turkey's exports reached 92 billion USD last month on a year-on-year basis, and our year-end target is 100 billion USD," he added.

Turkey is resolute to become a member of the European Union (EU), Turkish PM Recep Tayyip Erdogan said on Tuesday.

"Turkey's EU membership bid is in fact the biggest global peace project of the 21st century," he emphasized in his speech at the (IPI) Conference, in Istanbul.

Erdogan said, "there will be ups and downs in our road to the EU. And we know that this path will be challenging, and there may be obstacles. But we are resolved to overcome all these problems. What is important is that Turkey must see the same decisiveness from European countries. Turkey has to take its place in the EU if an alliance among civilizations is to be established."

It is not possible to think of an EU which does not include Turkey," PM Erdogan stated.

"Such a European Union will give an impression that it lacks a strategic vision, it cannot see where the world is oriented, and it is not eager to become a global actor," he commented.

On the other hand, Erdogan said that Turkish people are demonstrating, on every occasion, their willingness to enjoy fully democracy and freedoms, without concession.

"Turkish Republic is a democratic, secular and social state of law, and it will remain so. Nobody can make concessions on these precepts, and this is the common message of all demonstrations (recently held).