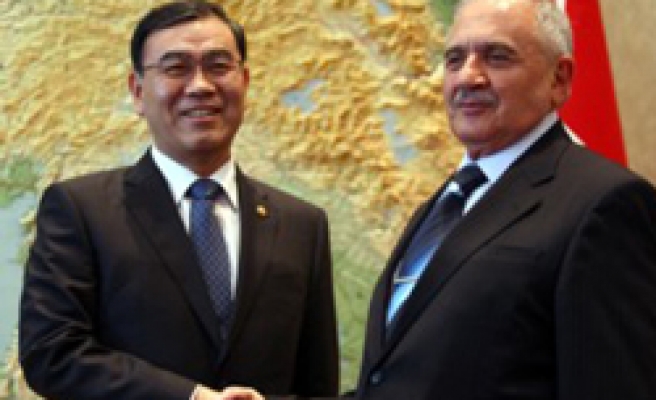 The defense minister of South Korea, who is currently in Turkey to hold a series of talks, met his Turkish counterpart in Ankara on Monday.

Delivering a speech prior to the meeting, Gonul said Lee would attend on Tuesday the signing ceremony of a "national tank" project jointly conducted by Turkey and Korea.

Gonul said that Turkish contractor Otokar company would get technological support from Korea under the project.

He said the two countries previously cooperated in projects on howitzers, Casa plane simulators and joint manufacturing of training planes.

Gonul also said that Korea was an important country for Turkey in technology sharing, as an indicator of the two countries' friendship dating back to Korea War.

Lee Sang-hee said that Turkey and Korea could improve cooperation in new areas such as maritime industry and manufacturing of ammunition loading vehicles.

Korean minister also offered his condolences to the relatives of those who recently lost their lives in a blast in Gungoren neighborhood of Istanbul.