Babacan said Ankara's role would be the same as in the the existing Euro-Mediterranean partnership, known as the Barcelona process. 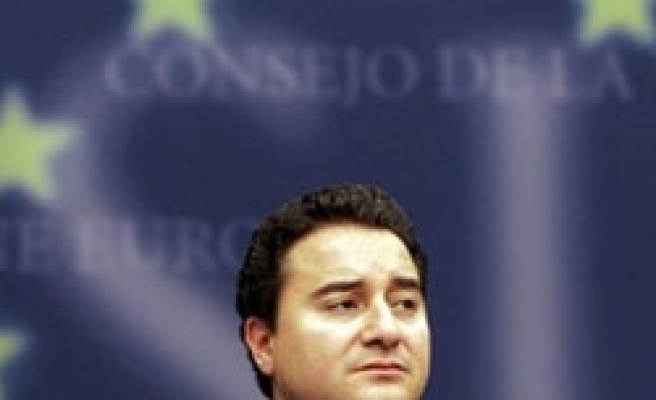 Turkey's foreign minister said on Saturday his country would play an active role in France's Mediterranean Union initiative despite initial concerns that Paris devised it as an alternative to Turkish EU membership.

Heads of state and government from 43 countries are to attend the launch summit for the new regional club on Sunday, bringing together the countries that line the Mediterranean as well as the European Union member states.

"Regarding the initiative of a Union for the Mediterranean, we think it will promote peace, stability and development in the region, and Turkey supports this initiative," Foreign Minister Ali Babacan told a news conference.

But Babacan said Ankara's role would be the same as in the the existing Euro-Mediterranean partnership, known as the Barcelona process, which France says needs revitalising.

"As for the Barcelona process, Turkey will also actively commit itself to the Union for the Mediterranean," he said, speaking alongside his French counterpart, Bernard Kouchner.

France has insisted its project has no bearing on Turkey's EU ambitions and a senior French source has said Paris would not halt the opening of negotiations on new EU policy areas with Turkey during its six-month EU presidency provided they did not involve five chapters that presuppose eventual membership.

"Turkey expects that during this presidency its EU accession process will continue in a normal way and we discussed that today," Babacan said.

"We are convinced that during the French presidency France will have a fair and balanced approach and we expect several chapters to be opened and that our work will continue."

France's original plans to create a club reserved solely for Mediterranean states had to be amended in the face of opposition from northern EU states, such as Germany, which feared that Paris was seeking to limit their influence but make them pay.

As a result, France has had to drop some proposals, such as plans for a "Mediterranean investment bank", and critics say that what is left is just a handful of projects that are little different from what the Barcelona process was working on.

Officials from countries attending the summit met on Saturday to try to settle several remaining disputes on Sunday's inaugural declaration of the Mediterranean Union.

Still in dispute were how to refer to the Middle East peace process, with Israel resisting any mention of an Arab League peace initiative or a call for a Middle East zone free of weapons of mass destruction, an EU official said.

The question of a twin presidency for the new-look organisation, and the duration of the co-presidency term of the south Mediterranean countries, was also unresolved.

Other contentious issues such as the seat of the planned secretariat have been postponed until November.