Turkey to guard border with N. Iraq with UAVs

Turkish military is planning to keep a watchful eye on the area with the use of unmanned aerial vehicles (UAV). 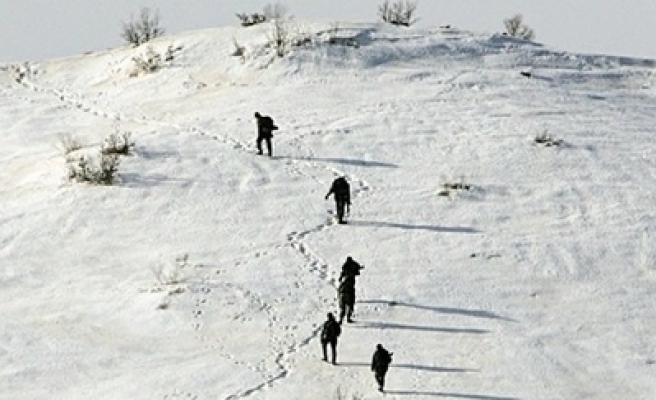 Though it recently ended a cross-border ground operation against the Kurdistan Workers' Party (PKK) in northern Iraq, the Turkish military is planning to keep a watchful eye on the area with the use of unmanned aerial vehicles (UAV).

The General Staff, which has recently been harshly criticized for ending its ground operation sooner than the public expected, is entering a new era with respect to counterterrorism and border security. The Office of the Chief of General Staff has decided to make more effective use of UAVs, which have proved effective during Turkey's cross-border operations.

The Turkish Armed Forces (TSK) dealt a heavy blow to the PKK with the intelligence collected using UAVs hired from Israel and it has decided to use them for border security in the regions bordering Iraq and Iran. It has already purchased 10 Heron UAVs from Israel. They will be delivered to Turkey in April.

The TSK will put these vehicles in to operation in the spring, when the PKK militants tend to increase their movements from their camps in northern Iraq into Turkey. The TSK has also gotten quotes for UAVs from three Turkish companies. It is planning to ensure their production in Turkey in the near future.

UAVs produced domestically under a project conducted in cooperation with the Middle East Technical University, Selçuk University and Bilkent University are expected to be delivered to the TSK by the end of October. Two projects separately conducted by the Vestel and Kalekalıp defense contractors for the production of tactical UAVs that are capable of six hours of flight will be completed in the fall of 2008. Meanwhile the Turkish Original Unmanned Aerial Vehicle (TİHA) project, conducted by Tusaş Aerospace Industries (TAI), will be completed by the end of 2008. The project is also supported by Aselsan, Global Teknik, SDT Vestel, Savronik, Ayesaş and Milsoft. Bayraktar, the first domestically produced UAV, developed by Baykar & Kalekalıp, has been being used by the Land Forces Command for the past two months. The two companies are maintaining their work on the project.

The TSK has decided to assign these vehicles to a pivotal role in its counterterrorism efforts. They will be used in the regions along Turkey's borders with Iran and Iraq. In particular, the shelters and storage locations that the terrorist organization maintains at higher altitudes will be monitored with them. The UAVs will be used for monitoring and intelligence gathering in mountainous areas as well as the deep valleys and caves frequently used by terrorists.

Herons, known as medium altitude, long-range UAVs, are jointly produced by the Israeli companies IAI and Elbit. Of the 10 Herons Turkey has already purchased, costing a total of $183 million, four will be given to the land forces, two to the naval forces and four to the air forces.

UAVs are capable of long fights even in poor weather conditions. While primarily designed for reconnaissance and intelligence gathering in counterterrorism and border security, UAVs may be used for such missions as the protecting oil pipelines, monitoring forest fires, preventing smuggling along coastal regions and monitoring Turkish territorial waters.

Also the General Staff will organize an international symposium on terrorism. Titled the Symposium on Global Terrorism and International Cooperation, it will be held between March 10 and 11 in Ankara. The General Staff is expecting international participation in the symposium, including high ranking military officials from the US and other NATO countries. The symposium is organized by the TMMM counterterrorism center. The General Staff will also organize 13 other symposiums and seminars related to terrorism in 2008. The current symposium is expected to attract participants from Partnership for Peace (PFP), Mediterranean Dialogue and İstanbul Cooperation Initiative (ICI) member countries. Chief of General Staff Gen. Yaşar Büyükanıt will deliver an opening speech at the symposium.