'Turkey to produce energy from all regions'

Turkey's Energy and Natural Resources Minister :"We have taken important steps in energy derived from winds, sun and water." 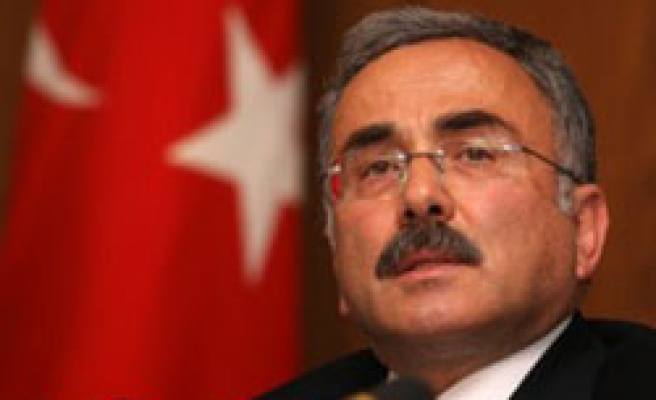 Turkey's Energy and Natural Resources Minister Hilmi Guler said Wednesday "the Turkish government wishes for an energy sector based on innovation to surpass the automotive sector in Turkey."

Speaking at the inauguration of the 5th Turkey Energy Forum, taking place under the theme of "New Regional Power in Energy: Turkey," in Istanbul, Guler said "there is a need for radical changes in the energy sector."

"During our government, we made legal arrangements in the energy sector. One of the important steps we took was the liberalization of the oil market," Guler said.

"Turkey has become an important energy player in the region. We are following an energy policy based on local sources and renewable energy," Guler said.

"We have taken important steps in energy derived from winds, sun and water. We realize that investments in the energy sector must take place by private enterprises," Guler said.

"Turkey began taking important steps in hydrogen energy. Our goal is an energy sector based on innovation. The energy sector competes with the automotive sector.

The desire of businessmen to invest in energy is highly important. Just as in the case of oil, we are letting an energy market to take place without interference by the government. This would be a system in which costs would determine the price of energy," Guler said.

"Turkey is about to play an important role in supplying electricity to Europe. I believe we would be able to sign an inter-governmental agreement on this issue in the next two months," Guler also said.

Greek Minister of Development Christos Folias said that "energy is a strategic subject for all peoples."

"The issue of energy should not remain as a theory or a good wish but must rather be turned into realizable projects," Folias said.

"The region is in the intersection of Europe, Asia and the Middle East. This makes new opportunities for cooperation possible. The two countries (Turkey and Greece) can work to change the dynamics in the region (in energy)," Folias said.

"Eastern Mediterranean, Black Sea and Caspian Sea regions are not a region to develop cooperation in energy matters alone. This region is our geography. We have an obligation to contribute to the socio-economic development and welfare in the region," Folias said.

Touching on energy projects between Turkey and Greece, Folias stressed that "the 21st century is a century of great expectations and therefore great responsibilities."

"The projects realized show that Greece is a reliable partner," Folias also said.