Turkey to recruit foreign doctors to meet shortfall in physicians

Health Minister Recep Akdağ announced that Turkey will recruit foreign doctors for private hospitals to redress a shortfall in the number of physicians. 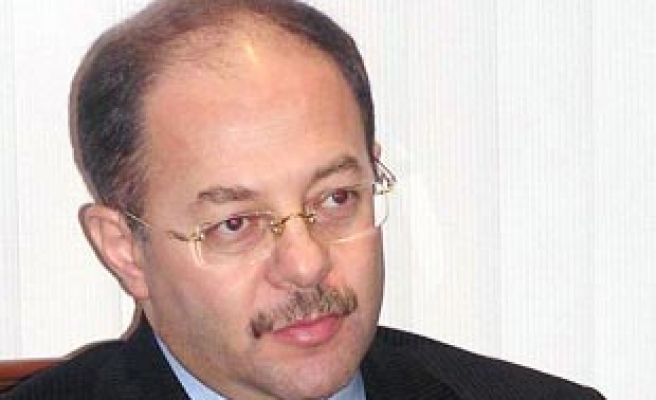 Health Minister Recep Akdağ announced on Friday that Turkey will recruit foreign doctors for private hospitals to redress a shortfall in the number of physicians, Today's Zaman reported.

Akdağ met with representatives from various private hospitals on April 11 in a gathering organized by Zaman daily to discuss what could be done to make up for Turkey's gradually increasing doctor deficit.

Akdağ stated during the gathering that Turkey's most crucial problem in the health sector was a shortfall in the number of medical professionals. "We will take concrete steps to introduce a solution to this problem. We will, first of all, amend a regulation that hinders foreign doctors from working in Turkey. And we will concede privileges to private hospitals employing foreign doctors in certain fields," he noted.

Akdağ also stressed that specialized doctors would be granted the right to work at more than one private hospital, hinting that the government may consider making changes to a recent bill drafted by the Health Ministry aimed at preventing doctors from having part-time jobs at both private and public hospitals.

The bill, called "Working Full Time," was harshly criticized by doctors for forcing them to make a choice between working at public or private hospitals. "The bill proscribes having a part-time job at both private and public hospitals simultaneously. If it comes into effect, many doctors will resign from their jobs at public hospitals, creating a large number of vacant posts," they complained.

Akdağ, stressing that his ministry had recently reached an agreement with the Higher Education Board (YÖK) to allow more students to be educated at faculties of medicine, noted 1,500 more students will be accepted to these faculties next year.

"As a social state, we will shape our health system in accordance with the needs of our people. We will benefit from the power of the private sector to this end. We have realized several breakthroughs in our health system since coming to power. Still there are many flaws in the system to be rectified," he said.

He also recalled that the Health Ministry had envisaged recruiting foreign doctors in the past. "The law foreseeing the employment of foreign doctors in private hospitals was vetoed by former president Ahmet Necdet Sezer. We hope to implement our project of recruiting foreign national doctors as soon as possible. With this law, private hospitals will seize the opportunity to meet their need for more physicians. It is, however, forbidden for foreign doctors to be employed in the public sector," remarked Akdağ.

President of the All Health Institutions Association (TSKD), Ahmet Karatas, noted that his association attaches importance to measures planned to be taken by the Health Ministry to meet the need for physicians in both the public and private sector.

"We hope that some provisions included in the 'Working Full Time' bill that poses an obstacle to doctors who wish to work at private hospitals will be removed from the package. I believe that the Health Ministry will make necessary arrangements to the law in question," he said.

Turgut Aydın, board chairman of Memorial Hospital, on the other hand, said hospitals which strive to furnish high-quality services to patients should be supported by the state.

"We need to assist those who exert their utmost to furnish the best services to their clients. As Memorial Hospital, we have brought several new aspects to the Turkish health system. My hospital is one of the few hospitals that help the poor," he noted.