Turkey to respond to truck fee imposed by Bulgaria

Turkey is going to require a fee from all Bulgarian vehicles entering the country as a response to the fee imposed by Bulgaria, 271USD per Turkish truck, for all Turkish trucks crossing into Bulgarian territory. 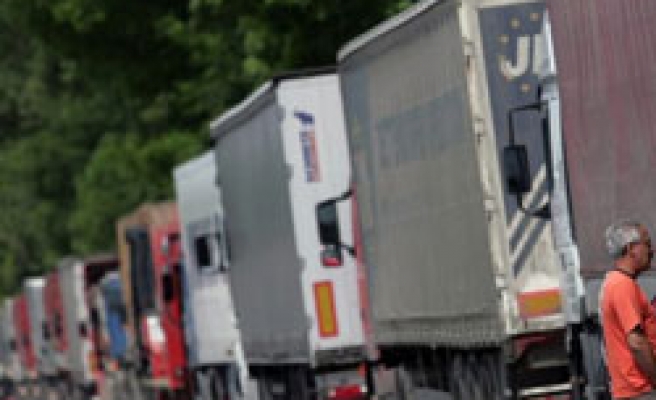 Beginning September 1, 2008 Turkey is going to require a fee from all Bulgarian vehicles entering the country as a response to the fee imposed by Bulgaria for all Turkish trucks crossing into Bulgarian territory.

Sofia news agency said that the news became known at a press conference held by the General Director of the Turkish Road Agency.

The Director stated that the Turkish authorities have been forced to undertake the measure in order to respond to the transit fees imposed by Bulgaria. He had not specified the exact amount of the fee.

In addition, Turkish trucks would no longer pass through Bulgaria. They would deposit the goods they transport for other European countries at the Bulgarian border and would receive their import goods at the border as well.
According a source wishing to remain anonymous, the Turkish side was continuing their efforts to resolve the transit fees crisis and the Turkish Prime Minister Recep Tayyip Erdogan has had a phone conversation with his Bulgarian counterpart Sergey Stanishev. The source had not revealed any details about the time when the phone call has taken place nor what results have been achieved.

Turkey's Transportation Minister said that Bulgaria started charging 271 USD per truck, which this was unacceptable, and said Turkish Foreign Ministry launched initiatives for removal of the fees.

More than 500 Turkish truck drivers stopped their engines at Kapikule border gate inside Turkey for 6 hours on July 1st to protest Bulgaria that started to charge 271 USD of shipping fee per vehicle for crossing the border.

The cost of this fee for Turkish carriers was about 100 million USD a year, International Transporters' Association (UND) said.