Turkey to take on Croatia in the Euro 2008 quarterfinals

The match will begin at the Ernst Happel Stadium at 9:45 p.m. Turkish local time. 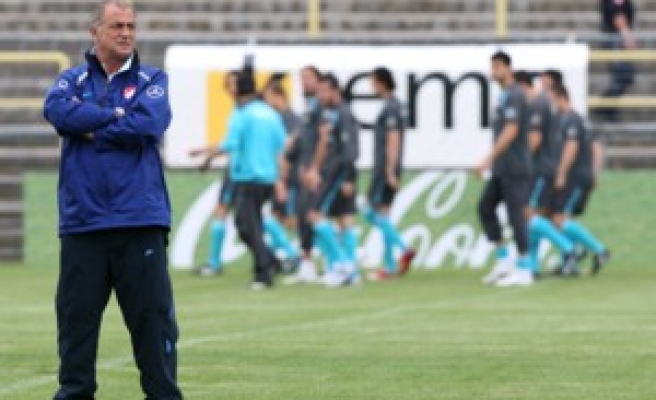 Turkey will take on Croatia in the Euro 2008 quarterfinals on Friday.

The match will begin at the Ernst Happel Stadium at 9:45 p.m. Turkish local time.

Roberto Rosetti of Italy will be the referee of the match.

Turkey defeated the Czech Republic 3-2 in Group A of the Euro 2008 on Sunday, and qualified for the quarterfinals.

This will be Turkey's fourth game against Croatia. The two teams had played an official and two friendly matches.

Turkey lost one of these three matches, and drew with Croatia in the other two.

Turkish national football team drew 1-1 with Croatia in Kirin Cup in Japan in 1997. The second time Turkey drew with Croatia was in a friendly match in Zagreb in 2004.