The Ambassadors representing Turkey abroad, who held a conference in Ankara under the chairmanship of Foreign Minister Ali Babacan duing three days. 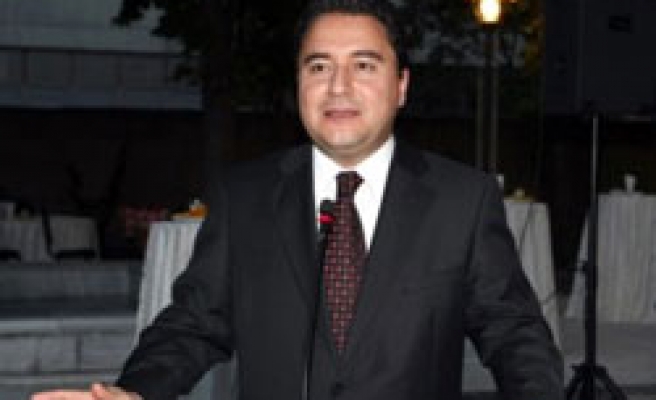 The Ambassadors representing Turkey abroad, who held a conference in Ankara under the chairmanship of Foreign Minister Ali Babacan, released a final statement on Friday.

The communique said the Conference, with its broad participation format, gave the opportunity for a detailed and thorough exchange of views on the fundamental issues on the agenda of Turkey's foreign policy.

In the session concerning Cyprus, Turkey reaffirmed its support for the beginning of comprehensive negotiations in the island as soon as possible with a view to reaching a just and lasting settlement in Cyprus --in the context of the process initiated on 21 March 2008 --.

The importance of achieving a settlement based on the realities on the Island, the established UN parameters and within the framework of the UN SG?s good offices mission was emphasized.

Turkish diplomats urged related parties to end the isolations imposed on Turkish Cypriots, who have exerted intensive efforts for a settlement.

The final communique reaffirmed Turkey's approach towards settling the problems in the Middle East on the basis of dialogue and consensus within a broad perspective that encompassed the whole region.

It emphasized the importance of Turkey's relations with the parties in the region based on mutual trust and respect, and active role it played towards establishment of peace in the Middle East.

During the sessions on the Middle East, Turkish Ambassadors underlined that regional security mechanisms and increasing economic interdependence between the countries of the region would also contribute to enhancing regional prosperity and stability.

During the Conference, the different dimensions of Turkey's candidature to the UN Security Council for the term 2009-2010 were evaluated. The determination to enhance, in the period ahead, the efforts to realize this primary goal was emphasized.

Turkish Ambassadors reaffirmed the importance of maintaining solidarity between Turkey's allies in NATO in accordance with the principle of the indivisibility of security to peace and stability in the Euro-Atlantic region and beyond.

Issues like disarmament, arms control and preventing the proliferation of weapons of mass destruction were also discussed.

Turkey's challenges in the international arena in the context of human rights were also evaluated during the conference.

"Turkey will continue with determination to contribute to the progress of human rights in the international arena and to make efforts in the period ahead to protect the rights and freedoms of our citizens abroad," said the communique.