This battle could last for months longer, and whether the AKP wins or loses, the consequences are bad. 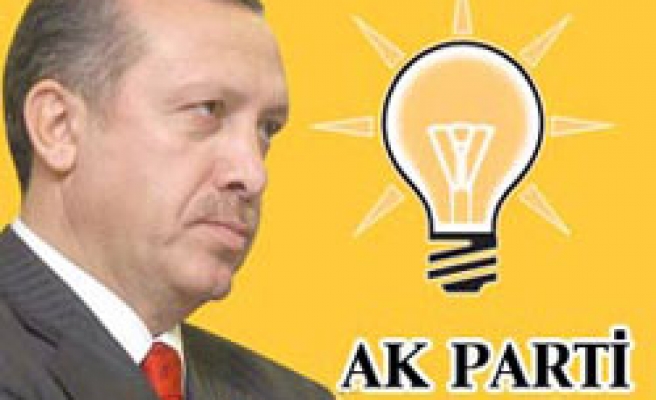 Turkey is at war with itself again, over religion and politics in Turkish life, and the consequences for both itself and its friends could be devastating. Last month, the nation's chief prosecutor prepared an indictment of the ruling Justice and Development Party (AKP) for allegedly violating the Constitution's principle of secularism. The indictment, triggered by the AKP's decision to remove constitutional provisions prohibiting wearing headscarves in universities, seeks literally to abolish the party. It also demands that 71 AKP officials, including Prime Minister Recep Tayyip Erdogan and President Abdullah Gul, be banned from politics for five years.

Erdogan clearly erred by suddenly ramming the headscarf liberalization through Parliament. But the banning of a ruling party—one that has been in power for over five years, and quite successfully at that—is unprecedented in the modern West. The AKP won overwhelmingly in parliamentary elections last July, and this kind of politics makes a mockery of the democratic process. Though it is legal to pursue such a case, it is, to many Turks, quite simply a judicial coup. Yet last week Turkey's Constitutional Court agreed to hear the case, jeopardizing the country's political and economic stability, already suffering from world market pressures. This battle could last for months, its outcome is uncertain and its consequences, whether the AKP wins or loses, would be bad. So Turkey's principal international partners, the United States and the European Union, are watching with consternation—and their fingers crossed. At the most fundamental level, the case renders the stability of Turkey uncertain. More immediately, Washington needs Turkey's cooperation for its plans for Iraq and particularly for keeping Iraqi Kurdistan stable. Political instability is likely to prevent the Turkish government from making progress on its other major domestic headache, the Kurdish question, and on knotty foreign-policy priorities important to the United States and the EU, such as cooperation on Iran and resolving the longstanding Cyprus problem. Moreover, a ban of the AKP will undermine Turkey's chances for EU accession.

So far, EU leaders have shown no reluctance to make this clear to Turkey. The United States is in a tougher position. In the past, Washington has shown only tepid disapproval of extraconstitutional attempts to bring down the AKP government. This time it has publicly criticized the court, but Washington's words carry little weight with tough-minded secularists in the judiciary, media and military on this issue. Nor, to the surprise of Turks, does the United States like to muck around in their domestic politics. U.S. action is further complicated by the tricky legal nature of the dispute, as well as the pressing interest in maintaining good relations with Turkey. Moreover, the fact remains that if secularists are truly prepared to bring down the house, nothing the EU or the United States says will make any difference.

Still, the United States cannot stand on the sidelines. The threat to Turkey's stability is sufficiently grave, and the potential damage to U.S. interests so great that at some point a more forceful U.S. intervention is warranted. The United States must make clear privately, and if necessary publicly, that attempting to remove the AKP in this manner endangers bilateral cooperation and makes U.S. support of Turkish positions politically difficult. The hope is that Turkey recognizes it is far too tied to the West economically and politically to ignore such warnings altogether.

The ideal scenario now would be for all parties somehow to pull back from the abyss and adopt more conciliatory stances. In response to the suit, AKP leaders have signaled that they will robustly defend the party and possibly seek constitutional amendments that would diminish the powers of the chief prosecutor's office and set the evidentiary bar higher for dissolving political parties than just providing a long list of statements by AKP leaders, often out of context. Right now the bar is where the court wants it to be. The AKP may also throw down the gauntlet by finding some way to call early elections that the popular party is likely to win, possibly with a greater majority.

In either case, passions would be inflamed. A showdown with the judiciary and military would become nearly unavoidable. So the judiciary must find a way to end its case, and Erdogan ought to begin a national dialogue on reforming the Constitution—a relic from the days when generals ruled the country. Issues relating to restrictions on freedom of speech and the headscarf could be dealt with in this manner. Unfortunately, such a de-escalation is unlikely in the current atmosphere. This court case is a setback for democracy in a key Western ally in a strategically important region. It indicates a deep and widening chasm in Turkish society. Sustained efforts by Turks—of all stripes—and their friends abroad are needed to help prevent Turkey from tearing itself apart. That would be bad for everybody.


Morton Abramowitz and Henri J. Barkey Abramowitz is a senior fellow at the Century Foundation and was U.S. Ambassador to Turkey from 1989 to 1991. Barkey is the chair of the International Relations Department at Lehigh University, and was a member of the State Department's Policy Planning Staff from 1998 to 2000.