The flames had reached the ancient Greek theatre in Aspendos, in Side near Antalya's popular tourist destinations. 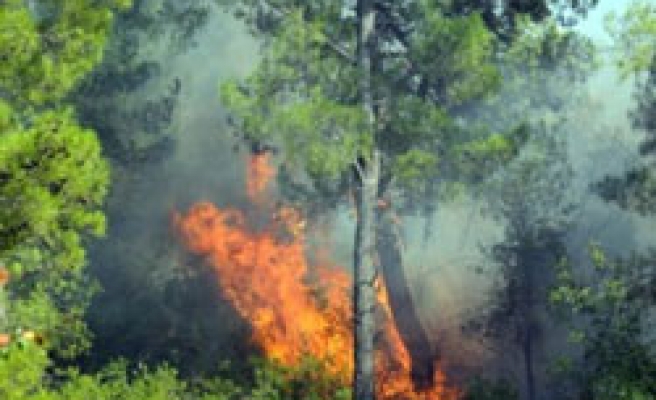 Turkish fire fighters, backed by aircraft, are trying to contain fires that have engulfed 4,000 hectares (9,885 acres) of woodland in the Mediterranean province of Antalya, an official told the state Anatolian news agency.

Broadcaster Turkish TV channel said on Friday the flames had reached the ancient Greek theatre in Aspendos, in Side near Antalya's popular tourist destinations. Antalya province has some of the richest remains of Greek civilisation in Turkey.

Authorities said five villages in the region had been evacuated as the flames, spurred on by heavy winds, neared residential areas. No one had been reported killed.

"We're working at full capacity to put out what has become Antalya's biggest and most damaging fire in history," said Antalya Forest Directorate spokesman Aydogan Turedi.

"Right now a large piece of land is under heavy smoke. We think about 4,000 hectares have been affected," he said.

Helicopters and aircraft were being used to put out the blaze but heavy winds and excessive heat were making it difficult to get the flames under control.

Television images showed houses destroyed and families running away from flames as they engulfed a village.

"The fire spread really quickly and there was nothing that could be done about it. Now the whole village is burning," a distraught man told Turkish TV channel.