Turkey's parliament Thursday overwhelmingly approved a ruling party call for snap general elections.The proposal on July 22 was approved by all of the 458 lawmakers present in the 550-seat parliament. 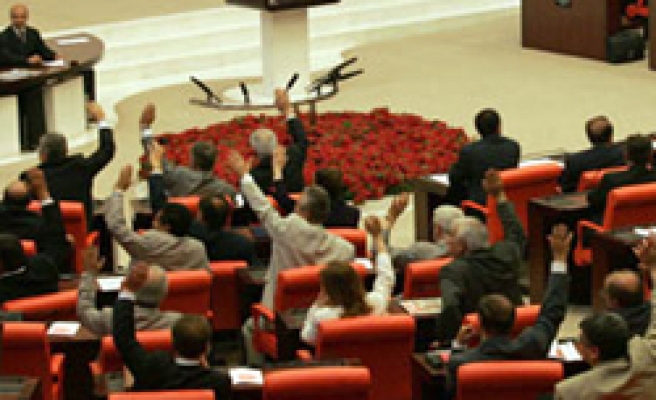 The proposal to hold early polls on July 22 was approved by all of the 458 lawmakers present in the televised session in the 550-seat parliament, deputy speaker Sadik Yakut said.

Prime Minister Recep Tayyip Erdogan's Justice and Development Party (AKP) has a majority of 351 seats in the house and had the support of the opposition to bring the elections forwards from November 4.

Erdogan called early polls after Turkey's top court annulled a first-round parliamentary vote to elect the next president, in which Foreign Minister Abdullah Gul is the sole candidate.

Parliament is set to vote in a re-run of the first-round on Sunday, but the opposition has already said it will boycott the session as it did the first time, making it impossible for the AKP to garner the necessary support.

The July 22 election date gives his party enough time to push the reforms through parliament, which is obliged to hold two separate rounds of voting on constitutional amendments.

Having approved the snap polls, lawmakers were set to debate an amendment to lower the age for parliamentary eligibility from 30 to 25.

The AKP is expected to submit the remaining reforms to parliament later Thursday.

Erdogan has said he would like to hold general and presidential elections at the same time if parliament enacts the amendments in time.
Last Mod: 03 Mayıs 2007, 19:07
Add Comment