The real agenda of the man on the street once more failed to find its way onto election manifestos. Issues that are vital for the flourishing and survival of human culture have never been pivotal issues for the politicians of Turkey. 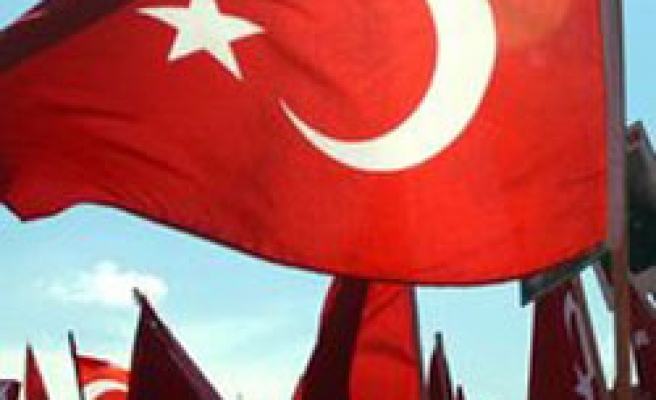 The reason is very clear -- people do not vote for survival-related promises, but for luxuries. There were no public campaigns to vote for parties that promised to build a blood products factory.

Nobody really cares about the soil erosion issues that challenge farmers much more than hazelnut prices. However, promising YTL 8 for hazelnuts is a pledge convertible to votes in the ballot box.

Meanwhile, nobody notices a difference if the government manages a successful operation against soil erosion.

It is possible to expand the list of Turkey's forgotten -- or never realized -- problems to environmental issues, human rights, education and health-related micro-level issues.

Today's Zaman spoke with the experts and NGOs that will be dealing with this "real agenda" years from now -- and many have already given up their hopes for politicians.

The Turkish Foundation for Combating Soil Erosion, Reforestation and the Protection of Natural Habitats (TEMA) points out that Turkey is facing a very serious drought problem as can be seen in Konya.

Nihat Gokyigit, the chairman of TEMA, stresses that Konya is considered the "richest source of cereals" for Turkey but farmers' losses have reached 80 percent.

He said that Konya must be declared a "disaster zone," something being discussed in the Konya Municipal Council. Gokyigit has also added that TEMA prepared a declaration for voters in an effort to draw their attention to environmental problems, asking them not to vote for parties that are not providing any solutions for them.

According to TEMA, major problems are the approval of Kyoto agreement, enacting a law for water management, rene-wable energy sources and food security.

With frequent campaigns, the foundation attempts to remind people of the fact that 90 percent of Turkey’s land is subject to soil erosion.

Chairman of the Education Personnel Union (Eğitim-Sen) Aladdin Dincer points out that the education system in Turkey is about to collapse. He maintains that solutions for the issues plaguing education are always postponed, even the most fundamental.

“The students focus on memorization and being successful on the multiple choice exams, but not on research and understanding the world,” Dincer says.

He adds that the money spent on education by families is increasing while state expenditures decrease, creating a huge educational gap between different groups.

A good example of such shortcomings is the Student Selection Examination (ÖSS) required for entrance to university, the last one of which was held on Sunday and taken by more than 1.6 million students.

Emirali Simsek from Egitim-Sen adds that university exams and their results serve as evidence of "unequal opportunities" in the education system because only 8 percent of students who come from eastern and southeastern Anatolia are placed in universities, with just 5 percent of the total being able to enroll only in correspondence courses.

Ultimately, only three out of 100 students from eastern and southeastern Anatolia are able to study at a four-year university. He says the most successful cities in producing university-bound students are İstanbul, Ankara, İzmir and Adana -- small coincidence that these cities also represent much of the country’s capital.

During the elections some parties like the Young Party (GP) and the independent candidates supported by the Democratic Society Party (DTP) have mentioned abolishing the ÖSS, but have yet to suggest an alternative plan.

Another question associated with education is the duration of compulsory education.

Currently compulsory education is eight years, but some NGOs want to increase it to 12. So far, Turkey has not adequately discussed this issue. When it comes to problems with education, some NGOs launched a campaign just prior to the announcement of the election date aiming to generalize pre-school education.

The campaign is called “Seven Is Too Late,” but it has not received much support from the media thanks to the crowded Turkish agenda.

Despite the importance of pre-school education, only 16 percent of Turkish children have access to it -- one of the worst figures among developing countries -- according to campaign organizer Mother Child Education Foundation (ACEV).

Yusuf Alatas, chairman of the Human Rights Association (IHD), argues that Turkey is not discussing ways to improve human rights. Alatas brought up an incident in which Diyarbakir’s Sur Municipal Council members were removed from office by the Council of State because they were using the Kurdish language in their services.

Alatas says there are some other allegedly corrupt municipalities but that politicians stay in office. However, this is not being discussed either, he complains. He also emphasizes that there are some groups emerging in Turkey in the form of paramilitary forces and this, according to Alatas, is a "very dangerous" development not being acknowledged.

Aksu added that the establishment of a blood and blood products laboratory has been on the agenda for almost 10 years but that it has never been seriously touched because of pressure from some interest groups.

An additional health problem not discussed enough is the Crimean-Congo Hemorrhagic Fever (CCHF) -- an illness that has killed more than 10 people and infected around 180 people this year -- passed on to humans via ticks.

Last year, 27 of the 438 people in Turkey who contracted the disease died. Turkey’s first known outbreak of the disease was in 2002, and the country has since adopted stronger surveillance systems, which may account for the increased number of reported cases.

The Health Ministry has used acaracide, a chemical used to kill parasites, to reduce the tick population in the Black Sea and Central Anatolian regions, where more than 90 percent of the cases have been reported.

Just one other problem that might normally occupy space on the Turkish agenda but is being ignored during election time is child abuse in all its forms.

In November of last year awful stories about child pornography and its victims -- including babies -- brought this issue to public attention.

Despite the efforts of civil society, child abuse in its all forms -- be it sexual, physical, psychological or social -- has not been given the consideration it deserves.

Although authorities have begun to launch operations against child pornography, other forms of child abuse have escaped the public eye and are completely forgotten in the election atmosphere, with the exception of a few NGOs working on the subject.

Dr. Figen Sahin, the general director of the Association for the Prevention of Child Abuse and Neglect, says parties should be sensitive towards children’s rights despite their status as non-voters. She points out that 10 associations working on children’s rights have come together to create a platform to push the new government on the subject.

Mrs. Sahin also says the situation is not as bad as it was five years ago. “Child abuse is an issue that nobody can ignore. We are more sensitive to the issue. The press has made good contributions to the issue. People’s awareness has increased as well. Nevertheless, sexual or physical abuse of children is very frequent in Turkey,” she says.

Disabled people, representing 12 percent of the population, are yet another subject unable to attract attention from political parties.

Despite the fact that they could have some difficulties in going to cast their votes, they have relatives and altogether represent quite a good number of votes. Turkey makes almost no provision for its disabled citizens.

Urban planning, public transportation vehicles and even housing units do not consider the needs of the disabled. Half of the disabled population lacks social security benefits such as medical treatment and retirement plans.

The largest portion of Turkey’s disabled is made up of people with orthopedic disabilities, followed by the visually impaired and the speaking-impaired.

One of the most significant problems facing the disabled in Turkey is unemployment. Although 2005 was declared the “Year of Employment for Disabled People,” figures show that 78 percent of the disabled population was denied employment.

“In this country, everything is designed as if the entire population consists of sports enthusiasts or 25-year-olds,” says Faruk Öztimur, chairman of the Turkish Association of the Disabled.

“A law was enacted in 2005; however, this law is defective. Under this law, every person who takes care of a disabled person must be compensated YTL 318. But nobody pays. It is definitely not paid to every eligible person,” he underlines.

Finally, despite many deaths each year from traffic accidents, this big issue is never on the agenda.

At least 100,000 people were killed in such accidents during the last decade. A traffic new law was actually put on the agenda of Parliament just prior to the announcement of the early elections, but Parliament was closed before it could become law.

One of the drafters of this law is Mustafa Ilica, a deputy from Erzurum, who lost his mother, father and brother in a traffic accident. He says that every day at least 15-20 people die in traffic accidents across the country but that we think of this problem only if the victims are celebrities, and even then we forget again.

"Our Parliament worked hard during the last 15 days and enacted 50 new laws. We tried to push the bill on highways, which was 17th on Parliament’s agenda.

But Parliament didn’t work on it," Ilica says.

He points out that the traffic problem would not be solved immediately with a law, but at least the legal groundwork for it would be ready if the bill was enacted by the Parliament.

"We cannot prevent the traffic terror from staying in the shadow of terrorism," Ilica says.