Trusting the party's tested policy of tolerance, Christians in largely-Muslim Turkey are resolved to vote for the ruling Justice and Development party in the upcoming general elections. 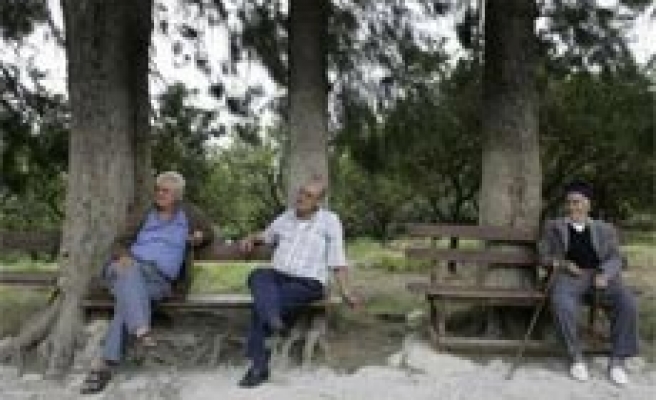 Trusting the party's tested policy of tolerance, Christians in largely-Muslim Turkey are resolved to vote for the ruling Justice and Development party in the upcoming general elections.

"This government has done a lot for us," Hanna Bebek, a 76-year-old Christian from Vakifli, a small village overlooking the Mediterranean, told Reuters on Wednesday, June 20.

"We want them to get back in."

Bebek was not alone.

Many in the last surviving ethnic Armenian village say they will vote for the ruling AK when they go to the polling stations on July 22.

"The AK Party has tried to help the minorities, while other parties just talk," agreed village headman Berc Kartun, 45.

Turkey's Christians have often voted in the past for secular parties such as the centre-left CHP, analysts say.

But the CHP has joined a rising tide of Turkish nationalism, making the AK a more attractive option.

Since it rose to power in 2002, the center-right party has pursued an agenda of liberal economic and political reforms, including more rights for religious minorities.

However, it faced a political crisis recently over secular opposition to the nomination of incumbent Foreign Minister Abdullah Gul for president.

Two opinion polls showed last month that the governing party was still Turkey's most popular amid expectations it would increase its parliamentary share.

Christians attest to the AK's ideology of tolerance.

"They show us and our religion respect," said Bebek while enjoying a game of cards with his neighbors in the village, perched high among orange groves.

"Every religion is holy."

Vakifli is located in Hatay province, which boasts a long tradition of religious tolerance.

Its provincial capital Antakya is the ancient Antioch, where Saints Peter and Paul preached.

With a population of 100 mostly elderly people living off organic farming, Vakifli is virtually all that remains of eastern Turkey's once large, prosperous Armenian community.

In a recent interview with the German weekly Der Spiegel, Patriarch Mesrob II, the spiritual leader of Turkey's Armenians, lent full support to the ruling party and its government.

"The AK Party is more moderate and less nationalistic in its dealings with minorities," he said.

"The Erdogan government listens to us."

Muslims make up approximately 99 percent of Turkey's population, but the country is also home to several ancient Christian communities.

"The AK Party is 100 times more liberal than the other parties... They deserve a bit of credit, but not too much," Baskin Oran, a political analyst and human rights campaigner, told Reuters.

He said the government has shelved a law to ease property restrictions on Christian minorities.

He also believes the AK leaders failed to stem a virulent form of nationalism that claimed the life of Turkish Armenian journalist Hrant Dink who was shot dead by an ultra-nationalist in January.

But for Vakifli's peaceful Christians, all the fears of extreme nationalism are groundless.

"Here in Hatay province, at least, we still live together in peace -- Turks, Arabs and Armenians, Muslims and Christians," said Kartun.