Turkish national team technical director Fatih Terim made a farewell speech to his players after the great game against Germany. 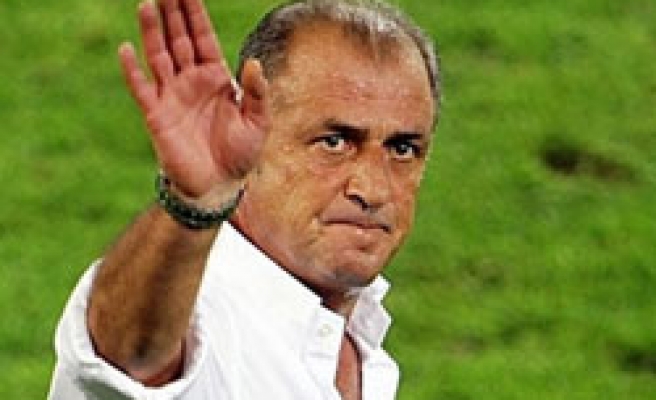 Turkey coach Fatih Terim said he would probably step down after his side were unlucky to lose 3-2 to Germany in Wednesday's absorbing Euro 2008 semi-final.

"Most probably after speaking to the federation president and the players I will choose to say, 'This is what I have done'," he told a news conference.

"I had declared earlier I would not be working in Turkey. I am a man who keeps my promises. So I will most probably go back to a European country."

Terim, who has coached Italian teams AC Milan and Fiorentina as well as Turkey's Galatasaray, said a final decision would not be made immediately.

Unfancied Turkey reached their first European Championship semi-final with some thrilling displays in the tournament marked by late goals in the group and knockout stages.

They dominated for much of the semi-final but Philipp Lahm snatched a 90th-minute winner to send Germany to the final, where they will face Russia or Spain in Vienna on Sunday.

Despite being unlucky, Terim was gracious in defeat.

"I congratulate Germany for their win and wish them success for the final but I am proud of my players. We were able to show the world what a good team we are," he said.

"Sometimes when we win you could ask yourself if it was fair too. This was the result and we have to accept it. I think we were the better side."

Turkey had four players suspended for the game and were riddled with injuries but Terim refused to make excuses. He even backed goalkeeper Rustu Recber, whose mistake led to Germany's second goal from Miroslav Klose.

"I never used suspended or injured players as an excuse. I said I'd have 11 players out there and I had 11 players," he said before talking about his keeper.

"These things happens sometimes. They save a penalty or concede goals like that. When you concede a second goal you lose morale because we don't have experienced players, that was the impact of the goal Rustu conceded. But we stand by him today."