A top Turkish court raised a fresh obstacle on Tuesday to government efforts to lift a ban on female students wearing the Muslim headscarf at university. 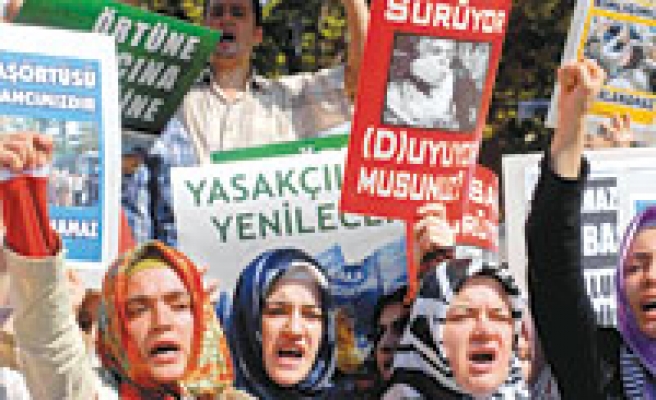 The Danistay, or top administrative court, ruled that YOK, the body that supervises Turkish higher education, overstepped its authority by saying universities could let women students wearing the headscarf onto campuses after parliament voted last month in favour of constitutional amendments easing the ban.

Secularists say the ban remains intact while the Constitutional Court weighs an appeal from Turkey's main opposition party, the CHP, to reject the amendments on the grounds that they violate the secular order.

The secularists also argue that the government must amend a regulation governing YOK before the ban can be legally ended, a view reinforced by Tuesday's Danistay ruling.

The head of YOK, Yusuf Ziya Ozcan, backs the government drive to relax the headscarf ban. But many secular university rectors strongly oppose the move and have refused to comply with Ozcan's circular saying they can allow covered women onto campus.

The Constitutional Court is expected to rule on the validity of parliament's constitutional amendments in the coming days. If the court does not block the amendments, the government is now expected to move to amend the YOK regulation.