A Turkish court sentenced 53 mayors from a pro-Kurdish party to 2-1/2 months in prison on Tuesday for a letter they sent to Denmark's PM, not to close down Roj TV, a Denmark-based Kurdish broadcaster close to PKK. 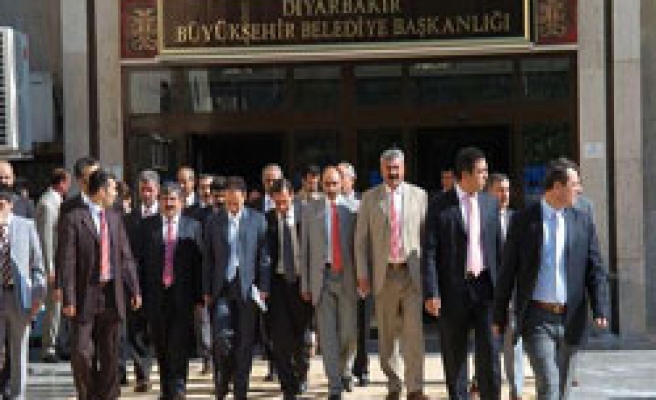 The 53 mayors, from the Democratic Society Party (DTP), were accused of praising PKK militants for urging Prime Minister Anders Fogh Rasmussen not to close down Roj TV, a Denmark-based Kurdish broadcaster close to PKK.

Ankara has accused the channel of being a mouthpiece for the outlawed Kurdistan Workers' Party (PKK), which it blames for the deaths of some 40,000 people in its two-decade deadly campaign.

DTP members frequently find themselves in court and the party itself, which operates at local and national level, faces a case aimed at closing it down.

The court acquitted three other mayors in the same case, which accused the officials of praising a crime and a criminal.
Last Mod: 15 Nisan 2008, 17:40
Add Comment