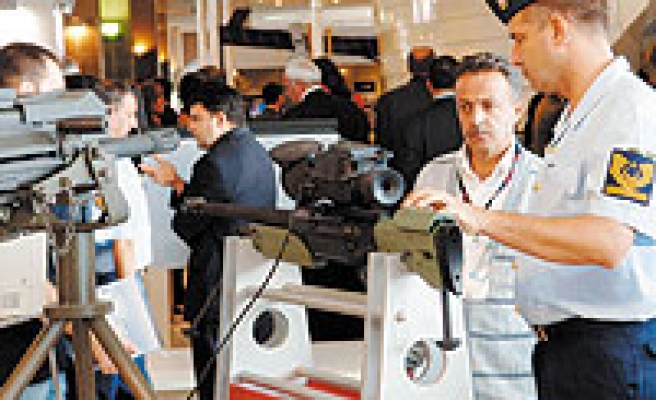 As Turkey's capital, Ankara, prepares to host thousands of visitors tomorrow to the four-day-long 8th International Defense Industry Fair, IDEF'07, Turkey's defense industry sector has also entered a major period of overhaul to turn itself into a technology-friendly sector with emphasis on strengthening local industry, which has long been neglected.

This trend of emphasis on technology-friendly local industrialization started in May 2004, when the Undersecretariat of the Defense Industry (SSM) Executive Committee decided to cancel three major projects, including one involving multi-billion dollar attack helicopters, and instead introduced a new procurement model to boost the ailing local industry.

An attempt at structuring the 2004 policy came when the SSM released its 2007-2011 Strategic Plan, which will serve as a road map for those involved in the sector.

The SSM is a civilian military procurement agency founded in 1985 with the aim of establishing a local defense industry base while overseeing the procurement requirements of the Turkish Armed Forces (TSK).

But the SSM has for most of its history failed to be a central authority in arms procurement purchases, unlike in Western democracies, with the user -- i.e., the Turkish military -- heavily involved in arms procurement, despite the fact that its responsibility should have been limited to identifying its needs.

Now the strategic plan, or road map, released by the SSM aims at turning this civilian procurement agency into a central authority in arms procurement while it will be involved in the initial stages of the defense industry development process under which SSM officials and military officials will design arms acquisition policies together. The civilian-military-coordinated arms purchases approach will also accelerate the processes in arms purchases and will be cost effective, says the SSM's strategy paper.

The overall aim of the defense industry strategy plan includes increasing locally produced defense systems to 50 percent by the end of 2010 from the current 25 percent, increasing the export of defense products and services to around $1 billion per year by 2011 from the current $200 to $300 million, and harmonizing the quality system of Turkish defense industry companies with that of the SSM quality policy by the end of 2009.The problems that have occurred in arms procurement processes as outlined by the SSM strategy paper include;

- Failure to benefit from the experience and know-how of universities and the defense industry as well as the SSM during the process of identifying the requirements of the TSK;

- Failure of the execution of the arms procurement processes under one mechanism and in a centralized manner, causing divisions within the same projects while leading to the loss of time and resources.

Thus, the implementation of the Planning, Programming and Budgetary System (PPBS) and Procurement System Study, launched in 2004 under the coordination of the Turkish General Staff and with the active participation of the SSM, is highly important in solving the above-mentioned problems occurring in the defense industry, according to the strategy paper.

Meanwhile, as a result of the implementation of the policy to put emphasis on developing projects locally, important steps have been taken in the development of the Turkish defense industry as a strategic capability, said the paper.

This policy resulted in an increase of the turnover of defense industry companies in Turkey to $1.6 billion in 2005.

In addition to contracting several arms projects to the local industry, the Turkish national vessel (Mil Gem) project is also under way, under which -- in the words of SSM head Murad Bayer -- Turkey will produce its first surface warship. Bayar, however, said Turkey will not design and built submarines, fighters, helicopters or heavy lift helicopters but has been participating in those projects as a joint producer. Instead, Turkey targets the manufacture of electronic systems and software and the computers to be installed on those arms systems.

The SSM’s 2004 decision to emphasize strengthening local industry through encouragement to produce and design indigenous products and to cooperate if necessary in technology transfer from third countries has and continues to raise questions among some local and foreign defense industrialists, such as whether the Turkish defense industry policy is becoming more inward looking or neglecting cooperation with other countries.

However, SSM chief Bayar, speaking to Today’s Zaman, denied such attempts, recalling Turkish cooperation in a European consortium’s A 400 M heavy lift production project in which Turkey is a partner, adding that the 2007-2011 strategy paper identifies international cooperation in defense industry projects as one of the objectives of the SSM.

“It will be ensured that Turkey will participate in at least four multinational defense projects from the very beginning, while at least one international project will be led by Turkey by 2011. The Turkish defense industry’s share within NATO defense projects will be increased fourfold by the end of 2011.”

Turkey’s offset policy in the defense industry is aimed at boosting exports and creating a more self-sufficient defense industry. But this policy, in practice since 1991, has until recently failed to meet such objectives. Another objective of the offset policy is reducing the balance of payments occurring as a result of purchases from foreign currencies.

The SSM strategy plan makes reference to the SIPRI Yearbook 2006, in which Turkey ranks as the eighth-biggest importer of defense products while sitting at 28th in defense industry exports.

The current status of direct offset commitments is that 37 percent ($1.2 billion) has been realized to date, with $2 billion still outstanding.

Meanwhile, the SSM will organize an offset conference in Ankara on May 24 to explain its new offset policies in detail.