Kyrgyz Prime Minister Almaz Atambayev said Monday that Turkish doctors had confirmed the presence of an unidentified poison in his blood, discovered earlier by medical specialists in Kyrgyzstan. 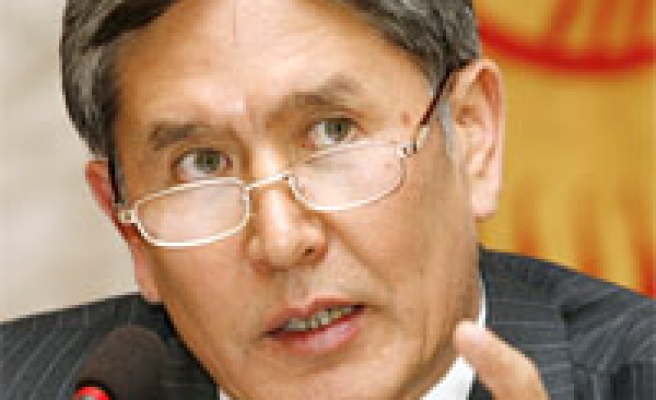 Atambayev said earlier that someone had tried to poison him in his office on May 11, and results of a medical examination in Kyrgyzstan confirmed the prime minister was suffering from some kind of toxic hepatitis after an unknown toxin had entered his system. "Hair samples were taken and analyzed by doctors in Turkey," Atambayev said. "They came up with the same diagnosis as [doctors] in Kyrgyzstan."
He also said that it would take up to several months to identify the type of poison, adding that he felt well after a course of treatment abroad. "I am ready to work," he said. "The main thing is that I have survived and hope that our politicians will stop using such methods to get even."

Atambayev has been hospitalized in the Military Medical Academy (GATA) after what he said was an attempt to poison him at his office in May. His office earlier said that Prime Minister Recep Tayyip Erdoğan paid a visit to his Kyrgyz counterpart at the hospital and the two discussed bilateral relations.

Atambayev, 50, earlier said he has received several threats against his life, and media reported that he had looked ill during recent public appearances. The premier said the threats intensified after the Kyrgyz government approved a bill to nationalize the Kris-tall microcrystalline silicon plant. A source in the Kyrgyz National Security Committee said it had begun an investigation into the alleged poisoning and a criminal case had been launched.