Bad news for the Turkish economy coupled with political instability sparked by the AK Party closure case brings to mind the old questions. 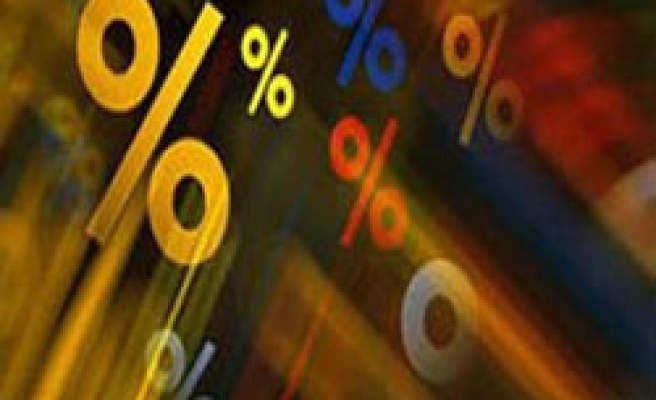 A long week of bad news for the Turkish economy coupled with political instability sparked by a closure case brought against the ruling Justice and Development Party (AK Party) in Turkey brings to mind the old saying questioning whether Turkey shot itself in the foot amid a looming credit crisis in the world financial markets.

S&P's swift move reflects the alarming fact that political uncertainty had begun to take its toll even before the macroeconomic indicators began to go south. Analysts see the downgrade more as a pre-emptive action against the backdrop of the current political climate. "S&P acted prematurely," says Ahmet Çimenoğlu, chief economist at Yapı Kredi Bank. "You don't see radical changes in macro factors, like the investment and banking sectors, to justify this." He believes political uncertainty in Turkey forced S&P to downgrade its creditworthiness, albeit prematurely. "They might have thought it would be wise to move now to ward off the criticism they have been facing [amid the] global credit turmoil," he added.

Experts underline the fact that Turkey is no foreigner to economic instability caused in part or deepened by political turmoil. It went through similar experiences in 1999 and 2001 and paid a heavy price. Just last year the country witnessed political tension culminating in a call for early elections due to controversy over the selection of Abdullah Gül, then foreign minister, as Turkey's new president.

The country's focus shifted away from pending structural reform packages, and Turkey is said to have lost the year 2007 to political struggles.

Turkey is no exception when it comes to vulnerability to fluctuations in world markets. For the first time this week, Federal Reserve Chairman Ben Bernanke acknowledged the US could reel into a recession from the powerful punches of the housing, credit and financial crises. Recession is also on the horizon for the Turkish economy. Bernanke's Turkish counterpart, Durmuş Yılmaz, painted the same grim picture when he spoke at Bilkent University last week. The central bank governor said, "Financial markets are experiencing the most acute crisis since the wake of globalization," adding, "We have to admit that we are facing a curse."

The numbers speak for themselves. The official government figure for growth this year is 5.5 percent. Last year it was realized at 4.5 percent, already bringing to a halt to growth rates of an average of 6.8 percent since 2002. Business leaders warn that growth rates below 5 percent mean recession for Turkey, and some sectors have already started to feel the pinch as the construction business shows signs of stagnation and housing prices drop drastically. All other economic indicators started to line up with alarm bells, asking for urgent action on measures to weather adverse effects on the Turkish economy.

Many are now asking the same question: Did Turkey really need this political instability at a time when an economic crisis was banging at the door? Pundits say not really -- some are even skeptical about the scheme of events coinciding with worrisome economic prospects. Without a doubt it was a bad time to scare off foreign investors. "We expressed our concern," said Rızanur Meral, chairman of the Turkish Confederation of Businessmen and Industrialists (TUSKON), "when we heard a closure case against the ruling AK Party had been filed by the Supreme Court of Appeals chief prosecutor."

The S&P move was not a surprise to Meral. "We were expecting this and warned that Turkey's and Turkish companies' images would be tainted," Meral said in a phone interview. He believes Turkey urgently needs to lower tension in politics and calls for "a focused government and unified national position across party lines to undertake a major overhaul in the economy to counter the global challenges we are facing now." He asserts that "we'll be in tough spot should the measures fail to be implemented quickly."

Analysts agree on the point that a prolonged court case against the government party, the AK Party, would exasperate political uncertainty further, resulting in an adverse impact on both foreign direct investment (FDI) and domestic investment. In just one week following the move by the Supreme Court of Appeals chief prosecutor against the governing AK Party, $6 billion of foreign capital simply vacated the country, heading for less risky markets and leaving the Turkish market more vulnerable.

More alarming news came in last week when updated figures released by the central bank showed annual inflation had surpassed the10 percent level in the producer price index (PPI) after a long period of single-digit levels. Rising fuel prices was cited as a major reason. Political turmoil did not help, either, analysts say.

The current account deficit in Turkey also poses a high risk, running at close to 6 percent of GDP last year, at $38 billion. It is as closely related with political stability as it is with the health of the Turkish economy. Speaking to Reuters on Friday, Economy Minister Mehmet Şimsek acknowledged the high risk and said he saw no problems with plugging the deficit as long as the country preserved its political stability.

Though sidetracked by the closure case, the government seems to be pulling together in renewed commitment and determination, determined to pursue economic and fiscal reforms. Government sources say Turkey intends to send a strong message to financial markets by securing new IMF monitoring deals. The current loan agreement with the IMF amounts to $10 billion and is set to expire next month. The move reflects the sentiment that the government needs to anchor its reform package to secure financial borrowing in the future. Speaking to the Anatolia news agency, S&P Turkey analyst Faruk Soussa stressed the significance of internal and external anchors and cited the IMF as an "important external anchor" in determining Turkey's creditworthiness. He warned also that "the deteriorating macroeconomic environment threatens to aggravate Turkey's external vulnerability and skew the risks to its fiscal and economic prospects to the downside."

Professor Sudi Apak from Trakya University points to structural problems in the Turkish economy as the essential reason for its vulnerabilities, rather than transient political ups and downs. In a phone interview with Sunday's Zaman, Apak asserted that "the current account deficit of over $45 billion" and the soaring inflation rate must be given more attention in the current environment, where global turbulence is shaking up markets everywhere. He did not deny the effects of the internal political noise on the economy but insisted that the increase in the country risk premiums stemmed from endemic problems. In Apak's view, the S&P would have downgraded Turkey's outlook from stable to negative even if the closure case had not been opened.

Apak emphasized the necessity of taking urgent measures to unscramble the broken balance in the economy and that for this, the economic management had to act in tune. The government and central bank officials must cope with the ongoing bottleneck hand-in-hand with sound determination by urgently getting rid of the controversies of daily politics, in the way the Federal Reserve and the US government have been doing to recover their economies from recession, he said. To handle the subprime mortgage crisis and the slowdown, the Fed radically lowered interest rates while seeking to bail out the banks in trouble in the US, while the government eased the tension in the markets by disclosing a package of financial measures, including tax rebates of over $200 billion.

Apak also said the central bank's latest move to leave interest rates unchanged was a mistake. Instead, the bank must lower them further to bolster the economy's growth instead of cooling it down, in addition to injecting liquidity in the markets to ease them, he asserted.