Turkish economy not in a bad position: Turkish minister

Turkish State Minister Mehmet Simsek said Tuesday, "the Turkish economy is not in a bad position due to negative global developments." in a neeting by MUSIAD. 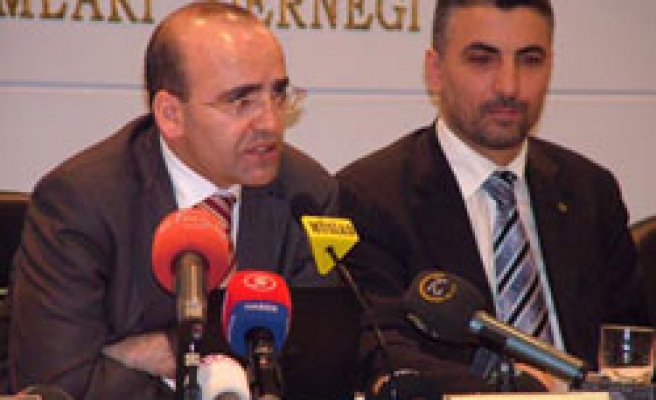 Turkish State Minister Mehmet Simsek said Tuesday, "the Turkish economy is not in a bad position due to negative global developments."

Speaking on Turkey's new economic program in the first half of 2008 at a meeting organized by the Independent Industrialists' and Businessmen's Association (MUSIAD) in Istanbul, Simsek said, "Turkish economy is open to the world and there are related reflections. The whole world is going through a tough time, perhaps the toughest time since the 1930s."

Pointing out to increasing prices of commodities and food items in the world, Simsek said that global inflation would reach 6 percent in 2008.

"Inflation figures in many countries would double in 2008. Surely, Turkey is being affected by such developments. However, Turkey's status is not so bad," Simsek said.

"If we implement the right policies, Turkey would not be much affected by global financial shocks," Simsek said.

"The whole world has entered a period of recession. Problems that began in the United States seem to be deeper. There is an energy crisis with constantly increasing prices of oil and natural gas. Food item prices are also on the rise due to global warming. We have entered a period never witnessed in world history before," Simsek said.

"After March, a period of uncertainty came into existence in Turkey. Despite the negative developments, Turkey continued to make structural reforms in the past 5-6 months," Simsek also said.