Babacan also held talks with Egyptian businessman Mohamed al-Fayed who paid a visit of courtesy to him. 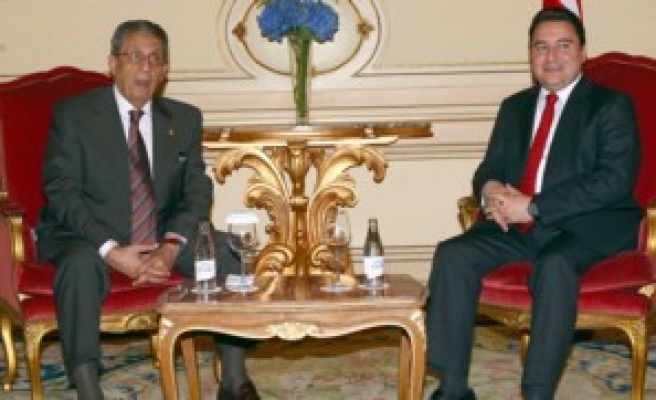 Turkish Foreign Minister Ali Babacan, who is currently in the French capital city of Paris to attend the Union for Mediterranean Summit, has met Arab League Secretary-General Amr Moussa and Foreign Minister Carl Bildt of Sweden.

During the meeting, Moussa expressed the Arab League's uneasiness with some issues included in the final statement of the summit. He also voiced the League's reservations about the way of Israel's participation in the summit.

Meanwhile, Turkey's EU membership process and the bilateral relations were high on agenda of the meeting between Babacan and Bildt.

Babacan also held talks with Egyptian businessman Mohamed al-Fayed who paid a visit of courtesy to him.

Al-Fayed talked about his desire to make investments in Turkey. Amongst business interests of the millionaire businessman is ownership of the Ritz hotels and Harrods stores.