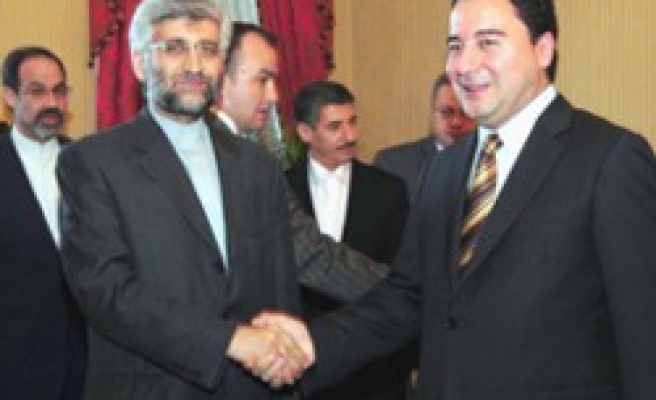 Jalili was on his way back to Tehran after attending talks with envoys from the U.S. and five other world powers in Geneva on Saturday.

Babacan said at a joint news conference with Jalili following their meeting, "we believe every sovereign country has the right to use nuclear energy for peaceful aims and to have that technology. But, Turkey is against nuclear weapons in its region."

"We exchanged views over his talks in Geneva and our bilateral relations. Since there have been rapidly developing political, economic and cultural relations between Turkey and Iran, we hold frequent consultations with Iranian authorities over regional and international issues," Babacan said.

Babacan extended Turkey's support to the latest process and diplomacy to resolve the Iran nuclear issue.

Jalili, on his part, said that they had the change of reviewing the relations between the two countries as well as recent regional and international developments.

During the talks in Geneva, the six world powers, the five permanent U.N. Security Council members plus Germany, called on Iran to freeze uranium enrichment, arguing that it is designed to make nuclear weapons. Iran rejected the demand, saying that its uranium enrichment program was for peaceful purposes.