Turkey, Japan, India and the People's Republic of China are the strategic partners of the Union. 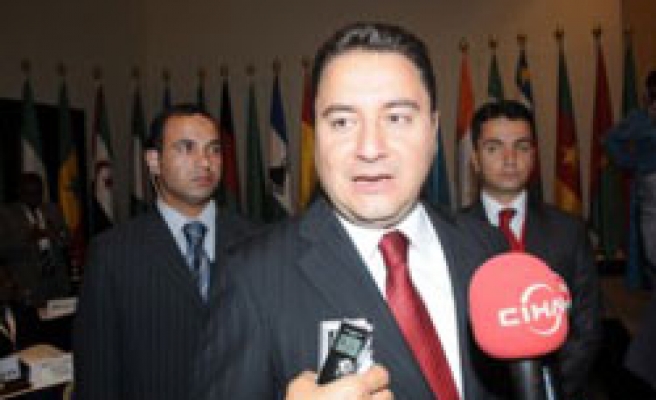 Turkey's Foreign Minister Ali Babacan has said that he would invite African leaders to the summit in Turkey in August.

During the meeting, Babacan said, "for the first time, Turkey attends a meeting of the African Union on the ministerial level."

"Turkey has become strategic partner of the African Union as of January 2008. We will hold African Union summit in Turkey periodically. The first summit will take place in August. My visit to Sharm el Sheikh aims at inviting African leaders to Turkey in August. We also target to further improve our bilateral relations with African nations," he said.

Babacan said that a special session would take place at the end of the meeting on Turkey-Africa relations. "I will deliver a speech at the session. I will also hold talks with leaders and foreign ministers of several African countries."

The African Union is an intergovernmental organization consisting of 53 African nations. Established on July 9th, 2002, the Union was formed as a successor to the amalgamated African Economic Community (AEC) and the Organization of African Unity (OAU). Its headquarters is in Addis Ababa, Ethiopia. Among the objectives of the Union are to accelerate the political and socio-economic integration of the continent; to promote and defend African common positions on issues of interest to the continent and its peoples; to achieve peace and security in Africa; and to promote democratic institutions, good governance and human rights.

Turkey, Japan, India and the People's Republic of China are the strategic partners of the Union.