The dominant feeling among diplomacy correspondents in the Turkish capital nowadays seems to be boredom, as they no longer have Foreign Minister Abdullah Gul's hectic program to pursue. 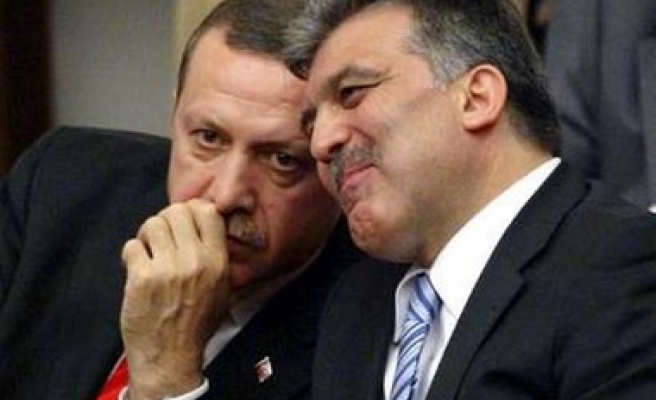 The dominant feeling among diplomacy correspondents in the Turkish capital nowadays seems to be boredom, as they no longer have Foreign Minister Abdullah Gül's hectic program to pursue.

However, their individual ennui is perhaps an indicator of a more serious problem that is neither personal nor individual: Turkey, once again inward-looking due to a heated political crisis, is falling into a downward spiral of self-absorption vis-à-vis its foreign policy activity.

A list of the international summits in which Gül was unable to participate since he has been at the center of the ongoing political turmoil paints a grim image of the situation: On Tuesday alone, a three-day annual meeting of the Organization of the Islamic Conference (OIC) opened in Islamabad. Last Friday a summit was hosted by Croatia where southeastern European and European Union leaders discussed ways to boost cooperation between nations in the region hopeful of EU membership. The Zagreb summit was also attended by EU's Enlargement Commissioner Olli Rehn, Chancellor Angela Merkel of Germany, the current holder of the EU presidency, and US Undersecretary of State for Political Affairs Nicholas Burns.

In early May a key international meeting to discuss the conflict in Turkey's war-torn neighbor, Iraq, was held in the Egyptian resort town of Sharm el-Sheikh with the participation of world leaders from Iraq's neighboring countries as well as the permanent members of the UN Security Council and the G8 countries.

No need to mention the high importance attributed by Ankara to all of the issues discussed at these summits -- as an EU candidate country that is aspiring to contribute to the improvement of dialogue between civilizations, as a secular country with a majority Muslim population, and as one that has constantly favored giving priority to the establishment of peace and stability in neighboring Iraq: a regional player that is aware of the fact that resolving the Iraq quagmire has much to do with introducing overall stability in the region and vice versa.

Turkey was represented, however, at all of these summits at the ministerial level: in Zagreb by State Minister Ali Babacan, Turkey's chief EU negotiator; in Islamabad and Sharm el-Sheikh by State Minister Mehmet Aydın.

Nevertheless, taking into consideration opportunities offered by bilateral talks held between foreign ministers for the improvement of both Turkey's bilateral relations and its relations with international bodies, one can't help but consider the possible benefits of bilateral talks between Gül and, for instance, EU leaders, given the fact that the EU is on the edge of a thorny new process that closely concerns Turkey's membership process.

Just Wednesday, Nicolas Sarkozy, whose firm stance against Turkey's EU bid is well known, took office as the new president of France. Although Ankara has so far tried to downplay the possible negative impact of Sarkozy's presidency vis-a-vis its EU membership bid, saying that Sarkozy will eventually "come to his senses" concerning the strategic importance of Turkey's relations with both France and the EU -- noting that assuming the full responsibility of the presidential office is different from voicing popular election propaganda on the streets. The new French president's opposition to Turkey's EU bid, however, made up a definite part of his pitch to attract the same voters who rejected the EU constitution in 2005.

Nevertheless, senior analysts have warned that Sarkozy's opposition to Turkey is something that needs to be thoroughly analyzed by policy and decision-makers in Ankara in regards to the fact that "at the center of Sarkozy's appeal is race [which] could eventually lead to [a] form of low-level civil war in Europe," in remarks by Martin Jacques of the London School of Economics.

Keeping in mind that Turkey has been co-sponsor of a UN-led initiative, the Alliance of Civilizations with Spain, it is possible to assume that Ankara could come forward with stronger arguments in defiance of Sarkozy's electioneering, absent its domestic crisis.

Energy is another field to which Turkish foreign policy-makers spared much time and made a fundamental aspect of Turkey's foreign policy, especially in relations with the EU.

A pipeline deal signed at the weekend by Russia, Turkmenistan and Kazakhstan giving Russia access to gas from the Caspian Sea is bad news for Europe, a senior US official has already said. But it is also not good news for Turkey as it deals a major blow to Turkey's hopes of acting as a transit country in the East-West energy corridor, with the help of the Nabucco natural gas pipeline project, developed to transport natural gas through the Turkish grid to Europe. The weekend's deal represented a major triumph for Moscow, which has long pushed the route over the rival Nabucco project, a US proposal that would cross the Caspian.

What might be useful for better understanding "diplomacy correspondents' ennui," could be looking at what Gül as foreign minister had to deal with throughout this period of time during which a number of significant developments closely concerning Turkey took place.

On April 24, Gül was nominated by the ruling party as the sole candidate in the presidential election. On April 27, only minutes before midnight, the controversial General Staff statement was released on its Web site. The military made clear its opposition to Gül, without naming him, but referring to an "Islamic reactionary mentality" that was engaged in "endless efforts to disturb the fundamental values of the republic of Turkey" and mounting "an open challenge against the state."

In an attempt to overcome the political deadlock over the election of Turkey's next president, the ruling Justice and Development Party (AK Party) declared early elections on July 22. When asked if he would run as president in a popular vote after Parliament approved a key constitutional amendment allowing the Turkish people -- rather than legislators -- to elect the president, Gül told reporters: "My candidacy continues."

In an interview with Turkish journalists, Turkey's foreign minister found himself in the position of saying "No. I'm the foreign minister for the Republic of Turkey. I'm someone who represents Turkey all over the world. Therefore, when you ask me whether I think I have been subject to a double standard or unfairness, I can tell you I've never had such a complex. Turkey's top secret documents are in my hands, not in those of anyone else. I've been defending the interests of Turkey abroad. Hence, if I am not trusted in Turkey, how many people could there possibly be who could be trusted?" when asked if he had received a message signaling that his candidacy could lead to a military coup.

A senior diplomat's remarks voiced on the same days actually describe the situation well and are useful for concluding this article. Not being able to hide his apparent disappointment that a minister who has had a comprehensive interest and knowledge of certain files concerning foreign policy issues was unable to fulfill his duties, the same diplomat said at the time, "It was Abdullah Gül that this happened to," referring to the General Staff's statement which has already become a landmark in Turkish political terminology.