Turkish general called for calm on Wednesday after two prominent retired generals were detained in suspected coup plot against the government. 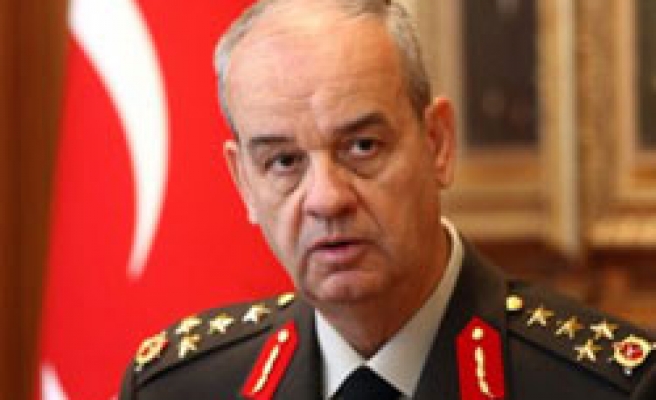 A senior Turkish general called for calm on Wednesday after two prominent retired generals were detained in a widening police investigation into a suspected coup plot against the government.

"Turkey is passing through difficult days. We all have to be acting with more common sense, more carefully and more responsibly," land forces commander General Ilker Basbug, who is the second most powerful official in the Turkish military, told reporters.

Police detained 21 people on Tuesday as part of a nationwide investigation into Ergenekon, a shadowy, ultra-nationalist and hardline secularist group suspected of planning bombings and assassinations calculated to trigger a military takeover.

Other prominent figures detained included an editor of the staunchly secularist daily Cumhuriyet, politicians and the chairman of the Ankara Chamber of Commerce -- all known critics of the ruling AK Party.

"I'm watching these events unfold with great concern given Turkey's history of military interventions. There is clearly a fight between two power groups and no one is yet willing to back down," said a senior EU diplomat, who declined to be named.

Also Basbug said that the "topic of Ergenekon investigation did not come up during my meeting with Prime Minister Recep Tayyip Erdogan on June 24th."

Gen. Basbug's comments came after certain rumors in the Turkish media that his meeting with Erdogan on June 24th was connected to the Ergenekon investigation.

Speaking to reporters in Ankara, Gen. Basbug said that "we all witnessed certain individuals being taken into custody on Tuesday as part of a probe by a prosecutor in Istanbul."

"I watched with sorrow certain news reports on several tv channels on Tuesday evening and read certain news articles on Wednesday morning claiming a relationship between my meeting with Erdogan on June 24th and the Ergenekon investigation," Gen. Basbug said.

"As Turkey, we are going through tough days. We are obliged to be more responsible and cautious," Gen. Basbug said.

General Basbug reminded that the media must display responsibility on relevant issues.

The army has pushed four governments from office in the last 50 years.

The high-profile detentions come as the ruling AK Party fights for its survival in court. The chief prosecutor of the Court of Appeals is seeking the closure of the AK Party on charges of allegedly Islamist activities.

The AK Party, which won a sweeping re-election last year, denies the charges and says they are politically motivated.