The Office of the General Staff on Thursday launched an investigation into the discovery of a slum house used as an arms depot in the Umraniye district of Istanbul, Turkey. 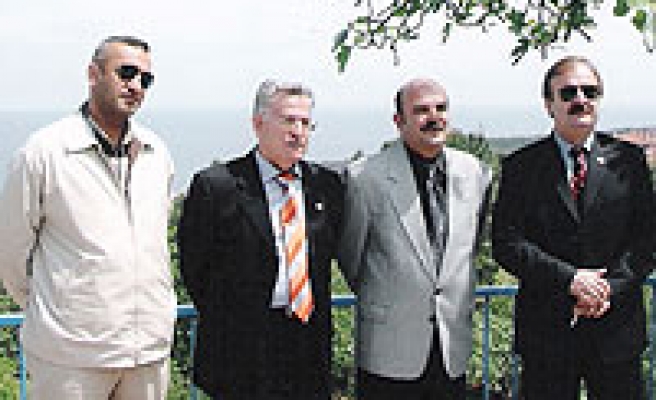 The Office of the General Staff on Thursday launched an investigation into the discovery of a slum house used as an arms depot in the Umraniye district of Istanbul last week; a case that seems to have connections to an armed gang set up by former army officials uncovered during previous violent attacks.

The existence of the group was first suggested in a 1998 armed attack on a former head of the Human Rights Association (İHD), with further evidence provided by the 2006 attack on the Council of State, which left one senior judge dead.

In a press statement released Thursday, the General Staff said a military prosecutor had also launched an investigation into explosives and guns found in a retired army personnel's home. The statement comes one day after a police raid that revealed the existence of another home-turned-arms depot owned by a retired army member. Eight people, including retired Capt. Muzaffer Tekin -- who had earlier been held by the police during an investigation into the Council of State shooting -- were arrested as part of the Ümraniye investigation, which also led counterterrorism teams last Tuesday to another house belonging to retired Maj. Fikret Emek in the central Anatolian town of Eskişehir, where a large quantity of explosives, guns, fuses and other ammunition were stored.

The General Staff's press release said that interrogation of the retired military personnel as part of the Ümraniye and Eskişehir investigation fell under the scope of military prosecution.

Tekin, taken into custody and released during last year's investigation of the Council of State attack, described retired noncommissioned officer Oktay Yıldırım as being "like my son." The latter is alleged to be the owner of the hand grenades found in Ümraniye.

Investigators searching Tekin and Yıldırım's computers found encrypted files that included plans from an organization named "Ergenekon," details about the organization and classified minutes from National Security Council (MGK) meetings. However, a statement from the MGK in the middle of this week denied that any such meeting minutes had ever been acquired by third parties.

The connections between the three incidents pushed an Ankara court investigating last year's Council of State attack, also connected to a bombing of Cumhuriyet daily the same year, to expand the inquest to include information uncovered during the Ümraniye investigation.

Commenting on the Ümraniye incident, Prime Minister Recep Tayyip Erdoğan last week expressed his opinion that connections revealed by investigators working on the case are fairly descriptive of the Turkish concept of "deep state."

"Just look where the links of the Ümraniye incident led," he said in response to a journalist's question about his understanding of the deep state -- a phenomenon thought to be responsible for behind-the-scenes operations carried out by a network of influential individuals nested within the state apparatus.