Turkey's government, whose presidential candidate dropped his bid pushed Monday for a constitutional amendment that allows the president to be elected in a popular vote rather than in a parliamentary poll. 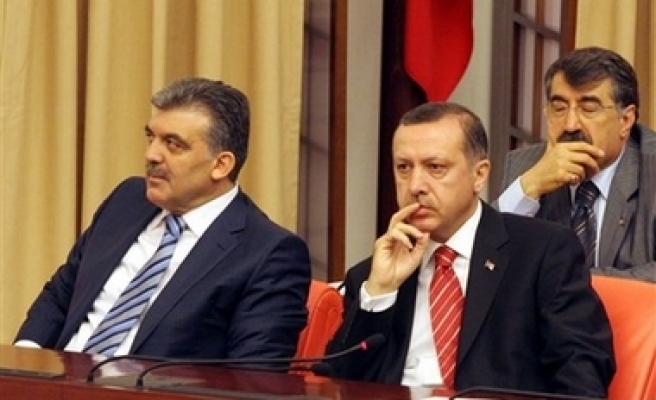 Turkey's government, whose presidential candidate dropped his bid pushed Monday for a constitutional amendment that allows the president to be elected in a popular vote rather than in a parliamentary poll.

Prime Minister Recep Tayyip Erdogan planned to overcome the deadlock in Parliament with a constitutional amendment that would require a popular vote for president. Parliament began debating the proposal and could hold the first round of voting on the measure on Monday.

"Parliament is deadlocked. The correct thing now is for the people to elect" the new president themselves, Gul said as he dropped his candidacy on Sunday.

Parliament needed two-thirds quorum to vote on Gul, the only candidate in the running. The vote was a repeat of a first round that the Constitutional Court — siding with the secular opposition — invalidated last week because Parliament failed to reach quorum.

But legislators from the secular party, which also boycotted the first round vote, stayed away Sunday as well, and Parliament was short of the 367 legislators needed to press ahead with the poll.

A small conservative party has declared support for the government's proposal to allow a popular vote for president — a post that carries the veto power over legislation.

The proposed amendment includes reducing the presidential term from seven years to five, allowing the president to stand for re-election, holding general elections every four years instead of five and reducing the number of lawmakers for a quorum to 184 for a vote on any legislation in Parliament.

Legislators from Erdogan's party have said if the amendment is passed this week, Turkey could hold both general and presidential elections on July 22.

However, the current president, Ahmet Necdet Sezer has the power to veto the amendment and could even call for a referendum on the measure.

Erdogan's party is an advocate of European Union membership that has done more than many other governments to introduce Western reforms to Turkey. It denies the label "Islamist."

"We have worked harder than any party in Turkey's history to make Turkey a member of the EU," Gul told Newsweek magazine in the May 14 issue. "Why would we do this if we are trying to Islamize Turkey?" Last Mod: 07 Mayıs 2007, 13:03
Add Comment