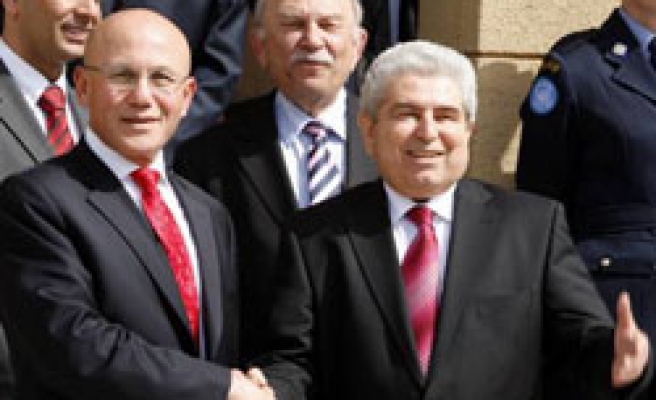 Turkish and Greek Cypriot leaders will meet in July, envoys of the two leaders said on Friday.

Talat's envoy Ozdil Nami and Greek Cypriot envoy George Iacovou met at the Ledra Palace Hotel in the buffer zone in Lefkosa. At the end of their meeting, they made public the measures the technical committees agreed to take.

Holding a press conference after their meeting, the two envoys said the leaders will meet on July 1st within the scope of the March 21st agreement.

The committees reached a compromise on six measures, including educational and training programs on preservation of cultural heritage, road safety, mutual passage of ambulances, establishment of a joint health committee, environmental training and projects on waste product management.