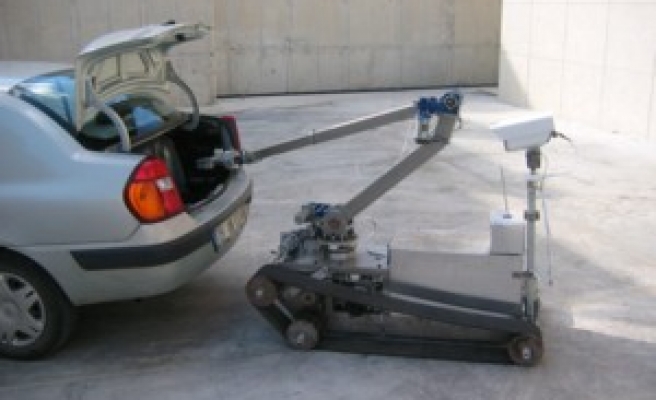 Assistant Prof. Emin Faruk Kececi, The director of the project, said Thursday they had initiated the project to produce the bomb robot --sold in foreign countries for 200,000 USD-- with national capabilities.

He said the project was completed in 30 months with support from The Scientific and Technological Research Council of Turkey (TUBITAK).

Kececi said the robot could reach a speed of 25 meters per minute thanks to its caterpillar tracks and its arms could reach out to objects 2 meters far.

"With this feature, the robot can reach out to remote places that are hard to reach. The grabber at the end of the arm allows the controller to safely handle the bomb," said Kececi.

The camera tower mounted to the robot which also has night vision feature transmits the video to a screen allowing the user to easily examine the bomb.