Rifat Hisarciklioglu, the chairman of Union of Chambers & Commodity Exchanges of Turkey (TOBB), said Tuesday economic relations between Turkey and Iran move very slowly and added that "joint projects must be implemented from now on." 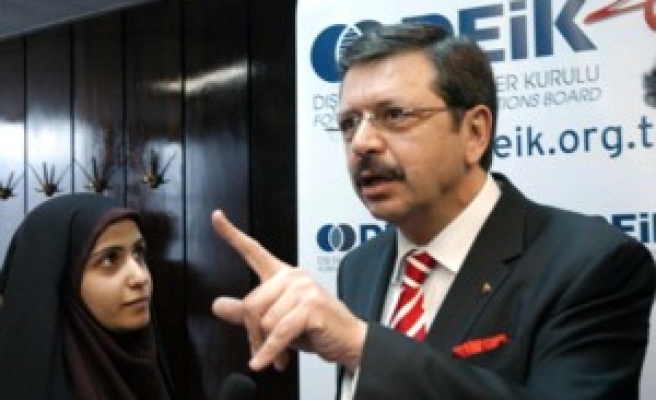 "I am speaking on behalf of 1.3 million Turkish businessmen. We have to admit that we make very little progress in bilateral economic relations," Hisarciklioglu, who is also the chairman of Turkish Foreign Economic Relations Board (DEIK), told the 7th Turkish-Iranian Business Council meeting held in Tehran.

"The level of bilateral economic relations between Turkey and Iran is far behind the capacity of the two neighboring countries," he stated.

Hisarciklioglu said Iran is expected to become the 16th biggest economy in the world by the year 2025, noting that Iran and Turkey have to take immediate steps to improve economic relations for further success in economy.

Recalling that trade volume between the two countries reached 8 billion USD last year, Hisarciklioglu said, "unfortunately, it was not a healthy growth because there is a significant imbalance. Iran's export to Turkey is 5 times larger than Turkey's export to Iran. We, as Turkish businessmen, expect support to equalize that imbalance."

Hisarciklioglu said Turkey and Iran have strong historical ties and added that "now, we have to turn it into prosperity and richness."